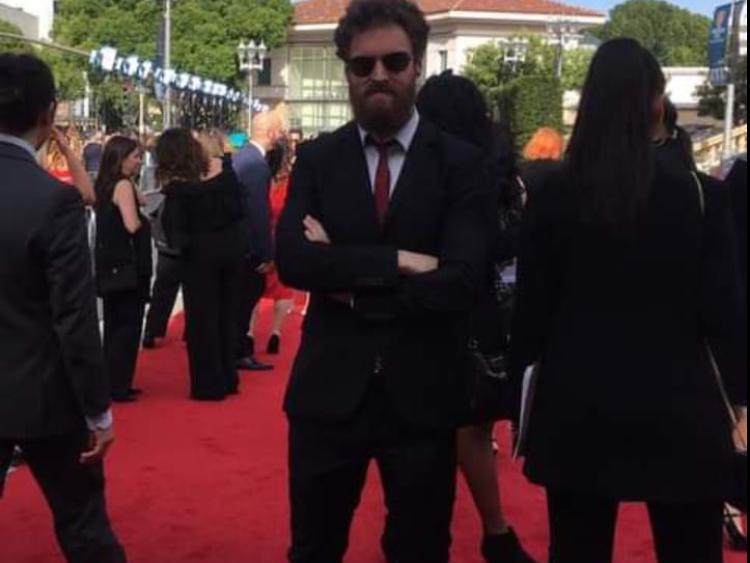 Chris O'Hara on the red carpet in Los Angeles

A Longford born animator is celebrating this week after landing a prestigious Emmy Award.

Chris O’Hara picked up the honour at the prized US awards for his work on the multiple award-winning Netflix show 'Ask the Storybots'.

News of the Longford artist’s honour puts the seal on a long and painstaking claim to fame which saw Chris emigrate to Los Angeles seven years ago.

“It means a lot to get such recognition from the industry and from my peers,” he said. “It's one of the biggest honours to receive in my field and comes as a result of a lot of hard work from a job I'm lucky to be very passionate about.”

Details surrounding his award winning exploits have not surprisingly been warmly received by his friends and family back home.

“Chris is an incredible talent and his family are so incredibly proud of him, especially his Dad, Michael O’ Hara,” said Chris’ sister Tina this week.

“He was asked to design the Google logo for Paddy’s Day a few years back and his short films have been screened at over 100 film festivals worldwide.

“This award is very special because not only is it an Emmy, the USA’s highest accolade for excellence in television production but it is an individual award highlighting my brother’s work specifically.”