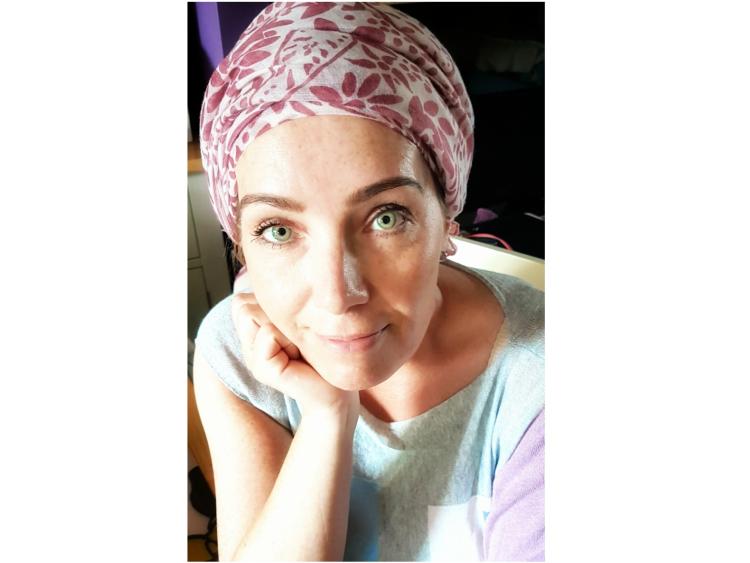 When local mother, Aneta Safiak, confronted former journalist, Gemma O’Doherty, during a live-stream walk through Longford town last year, she had no idea how her life was going to change or how much hardship she and her family would endure at the hands of local and national right-wing extremists.

Ms O’Doherty had previously tweeted a photograph of a group of pupils at a Longford primary school to illustrate, as she said herself, “how Irish people are quickly becoming an ethnic minority in many towns in Ireland”. Among the children pictured was Aneta’s son, Jonathan.

The former journalist was criticising the ethnic diversity of Longford town when Ms Safiak approached her for what she hoped would be a two-way conversation but what, unfortunately, ended with Ms O’Doherty fleeing the unexpected confrontation.

Since defending the unethical use of her child’s photograph, Aneta has suffered unimaginable online abuse, physical attacks, and has even been accused of taking part in terrorist activities against the people of Ireland.

“Before Gemma O’Doherty, I had a quiet life,” Aneta recalled.

“I was an interpreter in the court, working for semi government agencies, representing people in the legal system, but I was never involved in any criminal activity. After I met her at the Cathedral, I didn’t even get home before I became an enemy of the state to some and a hero to others.”

The online abuse started immediately and escalated at an alarming rate.

Irish-hating thug. Evil Butcher of Longford. Foreign scumbag. Polish whore. Communist scum. Paid Zionist Hasbara troll. These are just some of the insults that have been thrown at Aneta since May 2019.

“If I was Hitler, you and your sort would be first for a shower,” read one threat sent to the local mother, who has a collection of over 700 screenshots of abusive messages.

Other messages claim she is an antifa leader; that she killed her own baby who, in fact, was stillborn; that she’s a Russian spy living here with a stolen Polish passport.

There were threats from people claiming they were on their way to Longford; that they knew where her children go to creche. People were wishing death on her children. Others were asking her when she was going to kill her other babies.

“This is the wretch who led a vicious purge and witch-hunt of Irish citizens, financed by foreigners of course” ... “Mossad always chooses pretty Ashkenazi b*tches like you to mess up with men [sic]. Seduce them and brainwash [sic]” ... “You are an enemy to this State. A Mossad paid prostitute.”

These are messages Aneta received from another former journalist who managed to get her phone number and called her no less than 17 times on December 17 last year.

“It got to a day where a far-right activist published a list of what in their heads were dangerous terrorist spies in Ireland,” Aneta explained.

“They named me as one of five national leaders in Ireland and a link to my private Facebook page was posted on Google Drive for everybody. So more messages started coming. Some saying ‘get the f*ck out’, some saying ‘you’re a killer’, some of a sexual nature.”

“People threw eggs and paint in the garden and at the car. The gardaí called it criminal damage. But nobody from the station came to look at it so I cleaned it up.”

But the attacks didn’t stop. Hateful messages were scrawled on her windows. Even her baby’s grave was vandalised and had eggs thrown at it.

Soon, the abuse became more and more isolating as those who rallied to support Aneta also found themselves falling victim to attack.

“I know about one man who made a statement to gardaí. He was confronted directly and his employer was made aware that he was ‘supporting a terrorist’ and endorsing a person who is ‘a spy and a traitor’ to the country,” Aneta explained.

“And he didn’t even know me. He just liked something I posted. It was a threat to people to even dare to like me because their employer could be contacted.

“It all sounds like a big joke. People might think it’s ridiculous, but imagine for a second you’re an employer and you get a very eloquent and well-written letter about an employee. Questions would be asked - especially if you work in the public sector.”

In September of this year, Aneta was physically attacked and left bruised and terrified while visiting her baby’s grave.

“The term ‘Queen of Longford’ came up. Gemma herself called me that and I put it on Twitter sarcastically. But when I was attacked in September, the men who threw stones at me shouted at me not to feel like the Queen of Longford.

“I was at the cemetery and stones were thrown at my back and leg. I bent down and covered my head. The men who threw the stones were shouting. I was scared.

“Then there was more damage to my house. To me, it’s all related.”

While all attacks were reported to gardaí, and some are currently under investigation, Aneta felt like things were not moving forward and that justice was not being served.

“This has caused me distress, fear and heartbreak a lot of times,” she said.

“My speciality is in Human Rights. That’s what I studied. The right to dignity is a basic human right, so if the guards are not there to protect my good name, I don’t feel right about them protecting my windows.

“So if they want to do something about the criminal damage, great, but I feel it should be more than that. I’ve asked gardaí here, ‘what are you waiting for? Are you waiting for me to finally get hurt and you have to visit me in hospital?’

WATCH | Aneta Safiak tells Channel 4 News: 'I have my loved one buried in the Irish soil in Longford and this is where I belong'

“And, although, overall, I’m not satisfied with the very little action that gardaí have taken to stop my abuse, I need to express my gratitude for the Community Policing Unit, and especially to Sergeant Lionel Mullally for his commitment, support and kindness,” she added.

“But this is a huge amount of abuse. An average person would be very sick after something like this. After I lost my baby, I feel like nothing can break me. But it’s an abuse that can destroy your soul and your sense of safety. Your home is where you should feel safe.”

Aneta was simply defending her son that day outside St Mel’s Cathedral. She was doing what any mother would do if given the opportunity and, as a result, she has become the subject of racist attacks and hate crime right here in Longford.

“Gemma should have just silenced me when I confronted her but, instead, she and her followers paid way too much attention to me and made me a lot more significant than I ever was,” she said.

“We do have a problem with racism and not a lot of people want to do anything about it. But by doing nothing, you’re allowing it to happen.”

READ MORE: Hate crimes towards Aneta Safiak 'will not be tolerated' in Longford