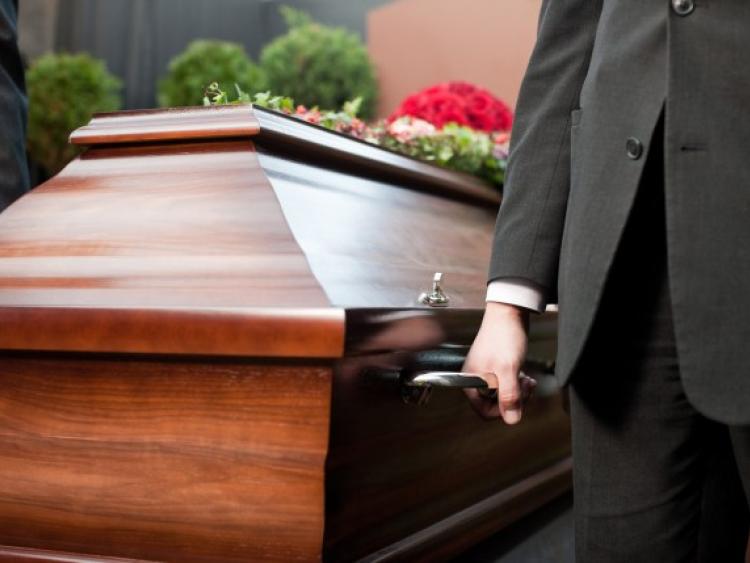 The death of a loved one is the most difficult thing a person can go through, but during these trying times of social distancing and lockdown, death and loss is even more heartbreaking, according to John Kelly of Kelly’s Funeral Directors.

“We get great strength from people calling to the house and sympathising but now even family members are restricted,” John told the Longford Leader.

“It’s not possible to have a mass or service now either and it’s tough for the clergy and ministers because a lot are over 70.

“Your heart would be broken when you see people who can’t go to the funerals of loved ones. Social distancing is so important and the fact that people are observing that is heartwarming for the family, but people still want to come together.”

It’s in our nature as Irish people to turn out in big numbers to support one another when someone passes away, John added.

“We’re so used to grieving in a particular way. To suddenly do it and not even be able to attend the funeral is very hard.

“My heart goes out to anyone who has lost a family member at this time because it is very difficult to not be able to have that support that Irish people are renowned for.”

Social distancing is making it difficult for people to grieve together but there have been heartwarming scenes of people lining the streets to pay their respects as a hearse goes by.

“A couple of weeks ago, we had the funeral of the late Michael Casey. A short time previously, he had retired as the caretaker for the cemetery,” John explained.

“And as we were going along, about 200 metres around the corner from the Red Cow Roundabout, we saw a van parked there and a family standing at the van.

“As we got closer, there were more people. And that was very reassuring for the family.”

Members of the Irish Association of Funeral Directors are experiencing “tough and sad situations”, John explained, where only a few family members can be present at a funeral.

“It’s so hard to say it’s not possible to have a normal funeral and to have to restrict who can attend,” said John.

“The IAFD are working very hard and experiencing all sorts of unusual things. But we’re trying to do our best with what we have.

“It’s a sense of helplessness. It doesn’t feel like we’re providing the right service to provide the facility to grieve in a particular manner.

“I find it extremely hard and I know all fellow members of the IAFD feel the same. We’re trying to be there to provide as much as we can but it doesn’t compensate.

Funeral Directors across the country are still endeavouring to give the usual support where possible and a lot of the time that’s over the phone or by email. But even that’s hard.

“It loses the personal touch. But we’ve been trying to better it,” said John.

“The members of the IAFD - once this happened, we set up a WhatsApp group. There are ones for different parts of the country, and every bit of information from the HSE or the government is shared and that’s what we act on. We follow the instructions to the letter.

“But it seems heartless. You feel like they could nearly do this without you.”

People lining the streets or posting messages of condolence on RIP.ie or other online forums, is one way to pay respects and show a grieving family that they’re on your mind, but it is a lonely time for families who have to grieve without the comfort of the community showing up in large numbers to join in the grieving process.