'It highlights the talent we have in the county’ 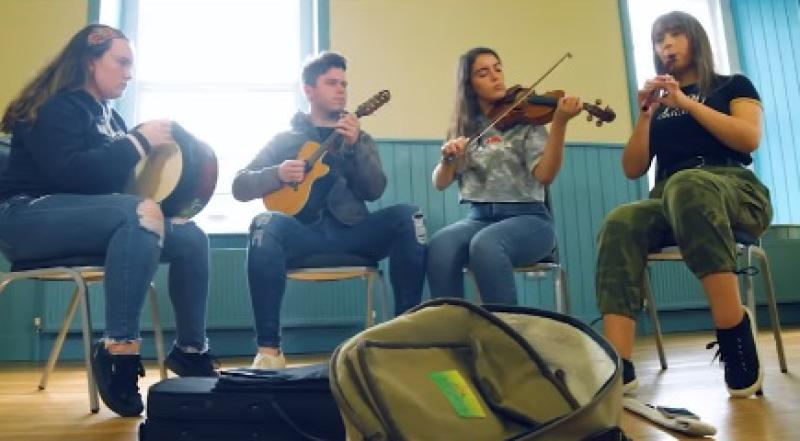 Some of the local talents involved in the Song for Longford

Song for Longford: Talent of local musicians praised by councillors

The song chosen for this special rendition was Longford poet Padraic Colum’s ‘She moved through the Fair’ and the updated edition was developed with the assistance of Shane Crossan, who produced and directed the project.

Music was arranged and recorded by Paul Gurney and the production features a number of talented musicians and singers from within Longford county.

Director of services with Longford county council, Barbara Heslin praised the talent on show in the production.

She said: “I just want to compliment everyone who was involved in the production of the song for Longford.

“It highlights the talent we have in the county.”

These views were shared by Cllr Peggy Nolan, who issued a call for the song to be used at every opportunity and used as the unofficial anthem for all Longford gatherings/events.

She stated: “The production of the song for Longford encompasses everything that this county stands for, the talent we have musically, in performing arts and literature.

“Can we be assured that it just won’t stop there, that this song for Longford be used at civic receptions or whatever is going on and it is used as our anthem to promote the county?

“It is something that shows our youth, our positivity, it shows the talents of the county and I am proposing that this will be used at every opportunity,” she continued.

Also read: Longford musicians band together to create beautiful rendition of 'She Moved Through the Fair'