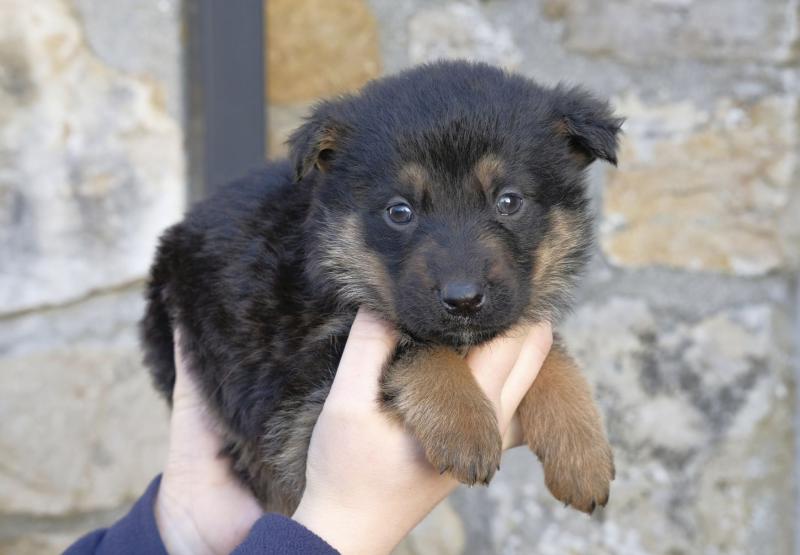 Misha, one of three unwanted puppies now in ISPCA care in Longford

The ISPCA is caring for three German shepherd cross puppies, Misha, Nicholas and Drew who were admitted to the National Animal Centre in Kenagh, Co Longford last week.

The puppies are about seven weeks old and they appear to be in good health.

Also read: Former restaurant and B&B in Longford sold for €142,000 in BidX1 auction

ISPCA Inspector Karen Lyons said: “This was a situation that got out of control due to the lack of spaying.  We can’t over emphasise the importance of spaying or neutering pets as early as possible to prevent accidental and unwanted litters of puppies from being born. The owner contacted the ISPCA for help and we are working with them to ensure the dogs are neutered or spayed to prevent a similar situation from happening in the future."

Karen added: “Typical of puppies, they have tons of energy and love nothing more than playing with their toys and getting up to all kinds of mischief.  They will grow into large dogs so they will require a secure garden, lots of exercise and ongoing training.  These puppies won’t be ready to go to new homes until the New Year."

It’s always a challenge to find good homes as for the many animals in our care, who find themselves in a similar situation through no fault of their own. Many pet owners are not aware that neutering has additional positive benefits like preventing certain illnesses and unwanted behaviours too so in nearly all cases, neutering or spaying really is the best thing you can do for your pet.

The ISPCA is issuing a reminder that pets do not make good gifts and should never be bought on a whim or given as a surprise at any time of year.

The charity have re-released a thought provoking video called #PuppyDotCon, previously issued by the Irish Pet Advertising Advisory Group (IPAAG), of which the ISPCA is a founding member, which demonstrates how easy it is to be fooled by unscrupulous dog breeders and highlights the dangers of buying a pet after responding to an online advert.