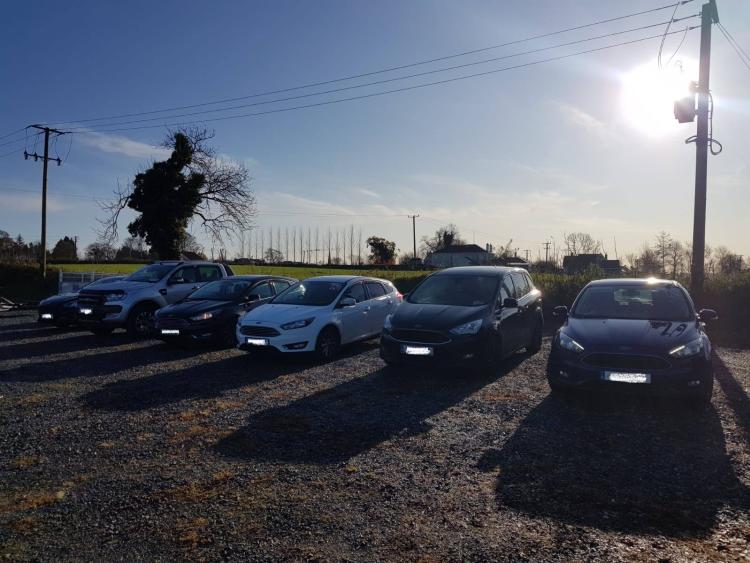 Senior garda bosses believe the seizure of more than €200,000 worth of assets, believed to be the proceeds of crime involving a notorious drug dealing family from the greater Longford area is “just the beginning” in a bid to clamp down on organised criminality locally.

In excess of 100 personnel from both organisations carried out a wave of early morning searches last Thursday on private residences, businesses and a Longford town based solicitors office in what is being viewed as a major breakthrough in the ongoing battle against organised crime.

The main targets of the raids centred on a large criminal family based in Longford and their extended families who are related through marriage.

Supt Jim Delaney said the scope of the investigation represented a follow on from a similar large scale Operation, codenamed Valero, carried out in Longford two years ago which targeted street level drug dealing.

The Longford garda chief was also keen to stress the items seized were all taken from properties in the main county town.

"These items were seized in the Longford area, €18,000 in cash, six vehicles with a total value of €120,000, ladies designer handbags and gents high end watches which have yet to be valued, cocaine with a value of €20,000 along with a number of trailers and documents," he said.

Six further restraining orders were also places on bank accounts in Longford containing cash deposits of up to €50,000.

"Let's not be mistaken this is a very significant outcome for us and the following outcomes that come from operations like this have social welfare implications and also investigations in relation to the proceeds of crime and money laundering offences," he added.

A 21-year-old man was arrested and detained under the provisions of the Criminal Justice Theft and Fraud Offences Act on foot of the seizure of around €800 worth of counterfeit notes.

He was yesterday (Tuesday) expected to appear in court charged in connection to the incident.

The Leader can reveal he is related to one of the main targets of last week's operation and who has been a long time focus of both gardaí and CAB.

"From talking to senior members of the Criminal Assets Bureau there is no doubt this is a significant blow and there is the follow up actions," added Supt Delaney.

"This is not the ending of anything, this is the beginning."

Last week’s investigation follows around 1,600 proactive policing engagements carried out by gardaí under Operation Stola and which have involved armed and unarmed checkpoints, curfew controls, stop and search operations, bail condition controls alongside over 40 arrests.

"All of these have all had a very positive impact in managing the ongoing Traveller feud which has been a challenge for us (Gardaí) but our track record shows we have risen to that challenge as an organisation," said Supt Delaney.