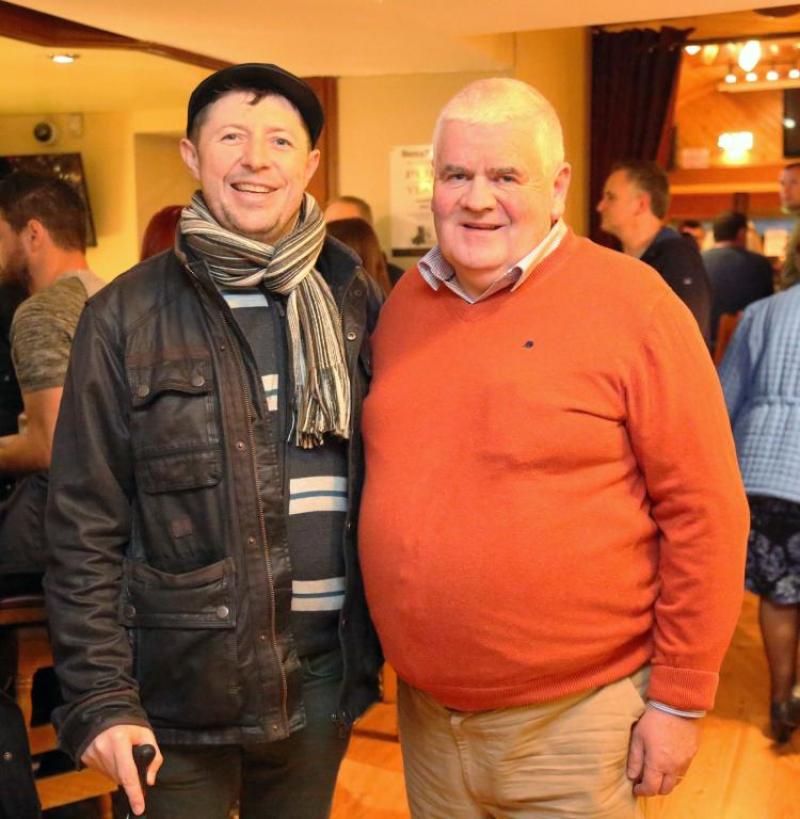 Kevin Forde talks to Stephen Garland, who went to Moscow for MS treatment.

Back in the year 2017, Granard native Stephen Garland began a fundraising campaign to help fund medical treatment for himself in Russia.

Stephen was first diagnosed with the PPMS strain of Multiple Sclerosis back in 2015. This is the least treatable of all strains of MS and as of yet there is still no cure.

After becoming frustrated at the price of medication and a lack of developments in the battle against the PPMS strain, Stephen sought out Hematopoietic stem cell transplantation (HSCT) treatment in the A.A. Maximov Hematology and Cell Therapy Department of the National Pirogov Medical Surgical Centre Moscow, which is currently not available to MS patients in Ireland.

Also read: Councillors confirm that resurfacing works to commence at the Green in Lanesboro

The large sum he had hoped to raise as part of his fundraising campaign was a whopping €65,000, which was subsequently achieved and the treatment, aimed at stopping the development of his MS. Although having departed his home county of Longford over 25 years ago for the far reaches of Spain and Brazil, he returned alongside his wife Valesha to the O'Farrell County in search of help from locals.

A series of fundraisers ensued including a comedy fundraiser at the Longford Arms Hotel featuring Jason Byrne, and allowed Stephen to raise the much-needed funds. He says he will be forever grateful for the help and support he received from all corners.

Stephen explained, “I didn’t have the €65,000 in my back pocket. My family came in and together we put in the last €12,000 for it, but to get to that point received incredible support.

“Particularly from Granard. Even the gaelic club that I played with many years ago, they came out and gave me the total from their St Stephen’s Day walk fund. The people supported me and a bunch of fundraisers.

“I had to do it all very quickly,” Stephen said of raising the funds, before adding, “It was originally a three-year waiting list but I got bumped up the list and suddenly had to find €65,000 in the space of a few months.

“I had been out of the country for the best part of twenty years, so the fact that people still came out was fantastic.People had to put their hands in their pockets and I am grateful to all of these people.”

Stephen has recently just completed his 20-month follow-up exam in Moscow, where he says he was tested from top to bottom and, he has some great news to share.

Stephen remarked, “I went over at the start of September and got everything done in one day, that would have taken me six months to get done in Ireland.

“They found no activity in old lesions and no new activity, so essentially - although there is no cure - it has stopped developing. That was always the hope of doing the treatment,” he said, before adding he is “feeling fantastic”.

He said, “It is a horrible disease. You only go downhill. You go from one stick to two sticks to roll chair to wheelchair.

Stephen noted that almost 1,300 stem cell transplants had now been completed at the clinic in Russia over the past ten years, with great results.

“I don’t have a figure on how many Irish people went over, but I would know and have been in contact with 40-50 people. It’s fairly significant treatment.”

Stephen then reissued calls to those in power to introduce HSCT as treatment for MS patients in Ireland, especially with current medications being priced so highly and without the same impact.

“In the last five years they have released a landmark drug called Ocrevus. Ethically it is not great, but it is the great white hope to people with the PPSM type.

“It got through the US FDA, got as far as Europe and went through the European system and eventually arrives in Ireland.

“Suddenly it appears and gets as far as Ireland, but the HSE say they are not going to fund it. It costs over €100,000 a year I believe,” he added.

Stephen said of HSCT, “This year is probably the first year they are starting to pay attention to it in Ireland. It has never been available for MS patients in Ireland. They already do this treatment for kids with leukemia.

“It is the same procedure, although the protocols have been tweaked,” he added.

Stephen noted the importance of the treatment being made available as soon as possible, with time of the essence when treating MS. Although quite busy looking after his health, Stephen has not stood still in terms of keeping himself involved in the world of business.

One such enterprise founded by Stephen after going on the back to work enterprise allowance is an events management company called Ferdian Events, while he was also heavily involved in the programming of events for the recent Cruthú arts festival.

The other - www.fairertix.com - he describes as the best value ticketing system in the game.

Stephen explained, “It is the best value ticketing system in Ireland. I have used it for years in Spain.

“Basically, the reason it is so cheap is because Irish banks make it too expensive for things like ticketing. While, Spanish banks allow for the processing of payments at a much cheaper rate.

“It does everything that ticketmaster does, but you can have it for 3.5% everything included,” he concluded.

Also read: Longford farmers talk up the benefits of a farm partnership