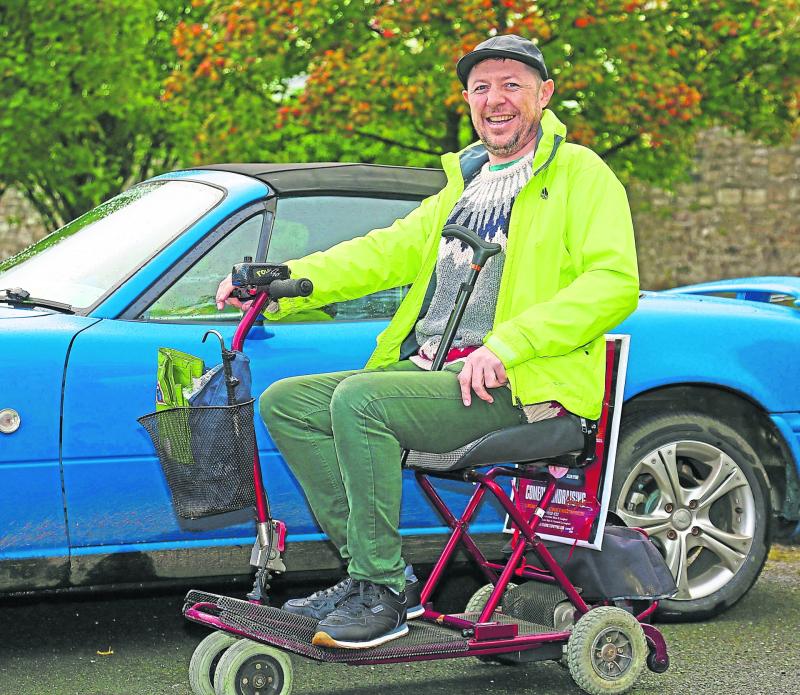 Stephen Garland (45) needs to raise €70,000 so that he can receive specialised treatment for MS in Russia

A major fundraiser headed by funny man Jason Byrne is set to take place this weekend at the Longford Arms Hotel.

The event which is being spearheaded by Granard native, Stephen Garland is an effort by him to raise funds for his ‘To Russia with Love’ campaign.

He had been ill for five years before finally getting to the crux of of the matter and is now fundraising with gusto so that he can access specialised treatment in Russia.

Although it’s 25 years since he left Ireland and set down roots in Spain and Brazil, in recent times he moved back home and now resides in Longford town with his wife Valeska Magalhães.

On Saturday night next, Jason Byrne will take to the stage in Longford town in what is guaranteed to be a great night’s entertainment.

He will also be supported on the night by Willa White - a new up and coming comedian who has already gained popularity in Granard.

Stephen also plans to take his own show ‘Predisposed’ to the stage on the night.

‘Predisposed’ tells the Granard man’s story about MS and his journey to this point.

“Jason Byrne needs no introduction,” said Stephen speaking to the Leader, before pointing out that the show next Saturday night will open with ‘Predisposed’.

In recent weeks Stephen was given a November 20 appointment in Russia for treatment, and as a result the ante has been upped on his fundraising campaign.

Having believed initially that he would have been waiting for a longer period of time to get to Russia he aimed to raise €70,000 which is what he needs for the treatment.

And, while he now has the guts of €20,000 raised, the other €50k is required before he leaves for Russia in November.

“I thought I would have another 12 months to raise the funds,” said Stephen.

“I am short now and the pressure is on; it means I have to step up and get as much cash as I possibly can between now and then.”

The Granard man also paid tribute to those who have already supported his campaign and is urging everyone to come on board and donate to this very worthy cause.

Tickets for next Saturday night’s event cost €22 or €25 at the door.