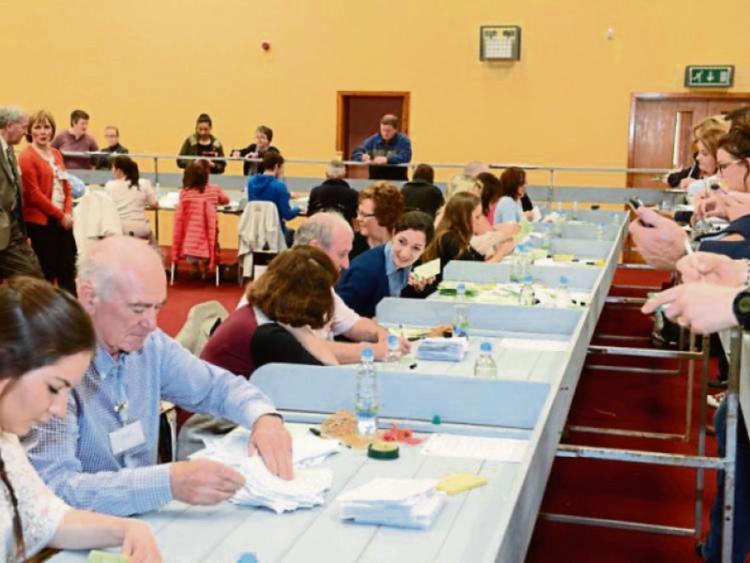 Fianna Fáil's Victor Connell has been eliminated on the third count of the Granard Municipal District this evening.

There are three seats remaining to be filled in Granard municipal district and the three candidates in pole position to capture those seats are Paraic Brady (Fine Gael) who is on 899 votes which is 200 votes shy of the 1,099 quota, his party colleague and newcomer Garry Murtagh on 764 votes and Fianna Fáil's PJ Reilly on 720 votes.

The remaining five candidates in the field are below 400 votes.

Keep up to date with the Longford Leader: Elections 2019 Live Blog

Also read: ELECTIONS 2019: AT A GLANCE | The members of Longford County Council as they are elected 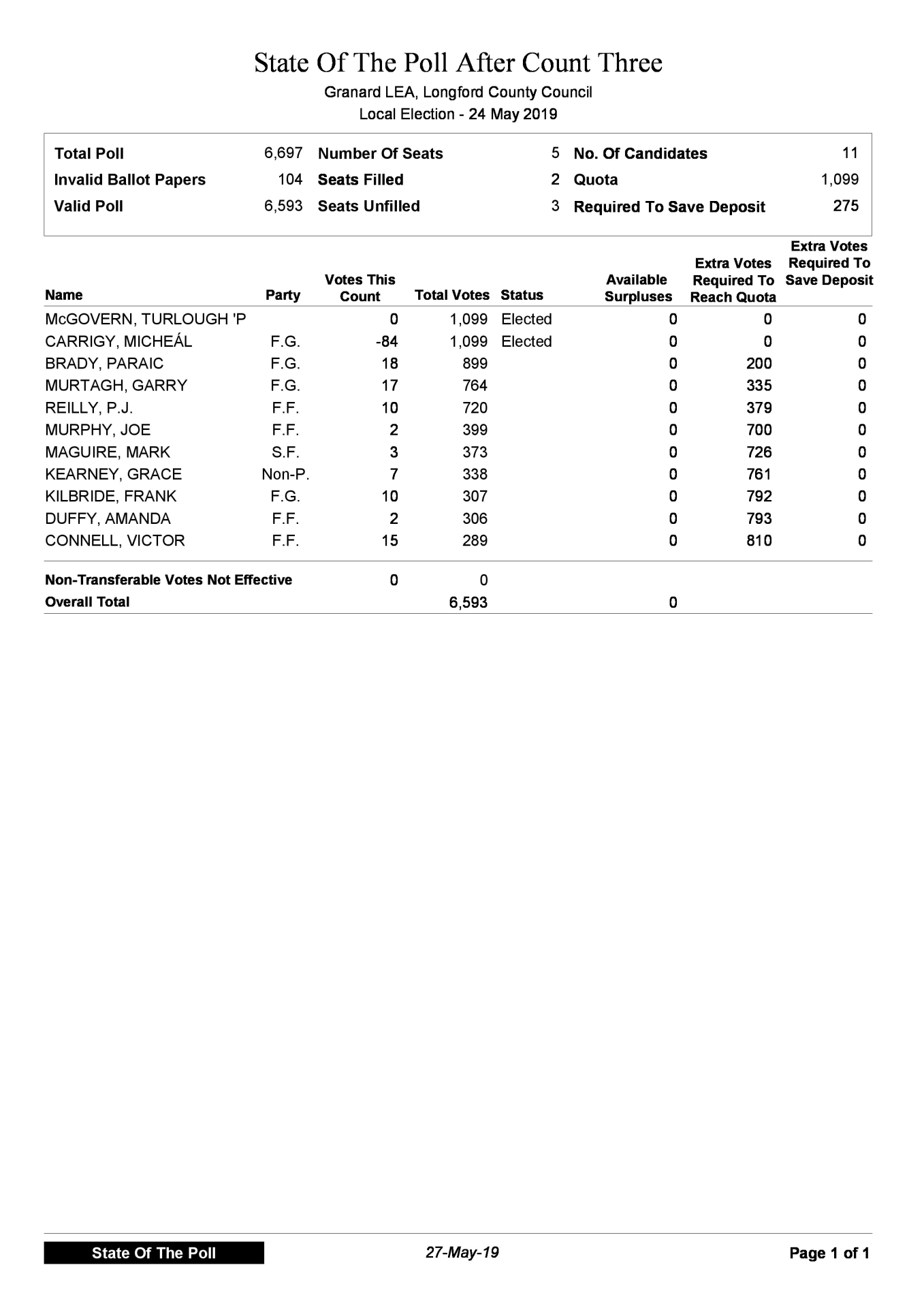