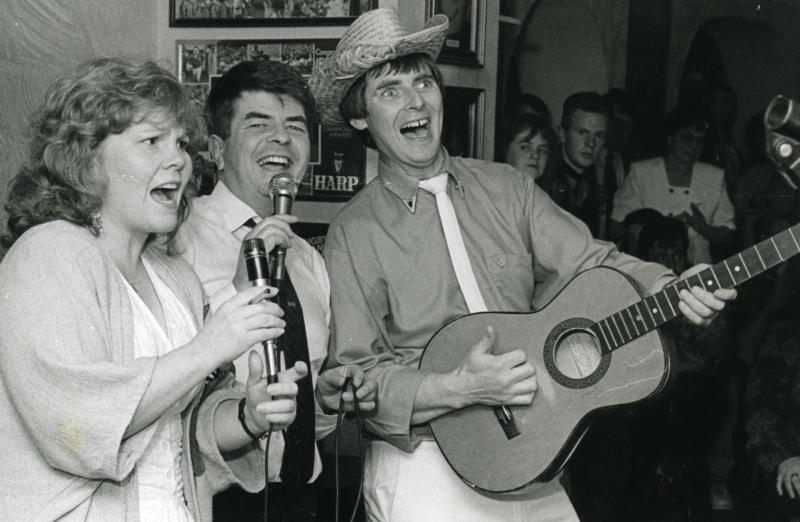 "Peter Kelly was a larger than life sort of character. He was a true Longford man and never lost the opportunity to promote the county wherever he was and whatever he was doing."

Those were the words of Fr Brendan O'Sullivan in St Mel's Cathedral this morning as hundreds flocked to the funeral of well-loved Longford man and former Fianna Fáil TD Peter Kelly (74).

The former representative of the county passed away peacefully on Wednesday night (January 2, 2019) after a battle with illness.

He was first elected to Longford County and Town Councils in 1985 and served a number of terms before he was elected to Dáil Eireann in 2002 for the Longford Roscommon constituency and was then re-elected in 2007 for the re-formed Longford Westmeath constituency.

Addressing the large crowd of mourners at this morning's funeral Mass, Fr O'Sullivan said that Peter Kelly served his county "with great commitment and sincerity".

"He always wanted to leave his community a better place than he found it. His focus was on simplicity - not on the big issues, but on the nuts and bolts of family life," he said

"Like any life, political life, too, is no different. It has its highs and its lows. But Peter’s humility carried him through it all graciously with the great love of people and community."

"And they always say behind every good man is a good woman. And certainly, this was the case with you Maura. You were a great woman. You allowed him to be himself and to do what he done best.

"He loved you and always respected you. And I know that you, Emily, Peter and Joseph… you had a great father who was unflinching in his support for you. He loved each of you and allowed you to seek your own direction. He was always your safety net. He would have done anything for you out of pure love. He was proud of you and had a great relationship with you, collectively and as individuals."

Peter's son, Peter Kelly, stepped up to the podium at the end of the mass to address those gathered with a beautiful eulogy that would have made his father proud.

"I remember my Grandad’s funeral, Joe Kelly. I spent the day beside my dad and before the funeral he said to me, 'I hope today does not become a day of sorrow. I hope today is a celebration of life. Because that’s what your Grandad was all about'.

"Now I know with a hundred percent certainty that my dad would want today to be a day that celebrates a life well lived. My dad lived a wonderful life. He always believed he was born under a lucky star," he said.

"Dad was a fantastic man. And we all loved him greatly and we will miss him dearly. But we’ll never forget him."

Sympathy is extended to his wife Maura and daughter Emily, and sons Joseph and Peter. May he Rest In Peace.

For full coverage of Peter Kelly's life and passing, see next week's Longford Leader for an eight-page tribute supplement.