Longford man paves the way for the journey of a lifetime 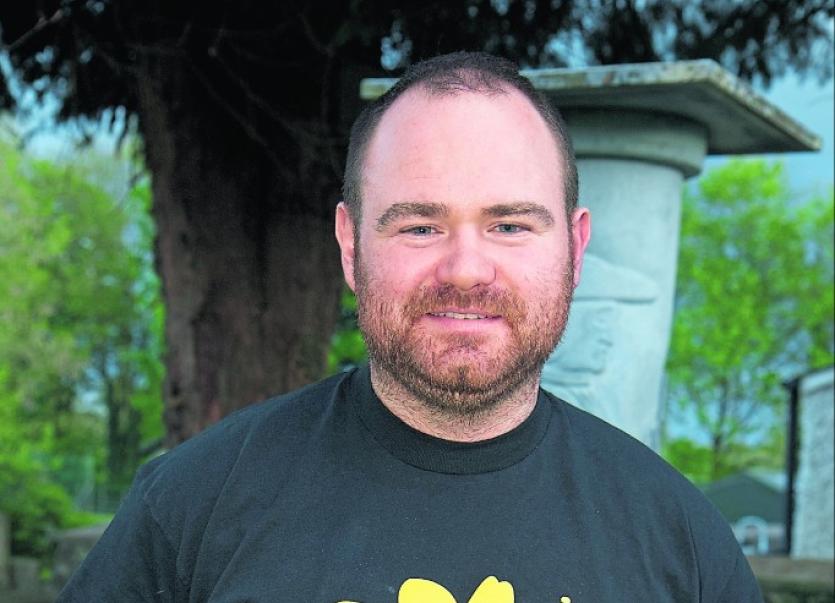 Newtowncashel native Conan Casey is about to embark on a journey of self discovery and spirituality as he gears up for the French Way of the Camino Walk later this summer.

Newtowncashel native Conan Casey is about to embark on a journey of self discovery and spirituality as he gears up for the French Way of the Camino Walk later this summer.

And as Conan continues to focus on the upcoming journey, he and his family have also managed to raise €9,500 for Longford Hospice along the way.

The initiative came to fruition when Conan’s dad Gerry died in January 2017 after being diagnosed with cancer in 2010.

Conan says the support his dad, mam Marina and family received from Longford Hospice throughout his father’s illness was exceptional and the family wanted to find a way of acknowledging and rewarding that support.
So they got their heads together and after Conan chatted to his girlfriend Jillian Clarke - who had walked the Camino previously - he decided that he too would participate in the much talked about challenge and raise some much needed funds for Longford Hospice along the way.

Earlier this month Conan and his family held a major community fundraiser - an American Tea Party - in the Rustic Inn, Abbeyshrule not just to raise funds for the hospice but also to create awareness about the vital support and assistance that it provides to families when a loved one is terminally ill.

Money raised from the event also exceeded all expectations!

The Longford man is starting the walk along The French Way at St Jean Pied de Port on June 13 with his friend Ronan Duffy from Abbeycartron.

“Jillian,” he adds, “is coming out on June 26; I have spoken to people from the locality who have done the whole Camino and they tell me it has been a life-changing experience for them.”

Both Conan and Jillian are teachers at Ballymahon Vocational School where he teaches English and History, while Jillian teaches Geography and Business Studies.

“We are lucky with the time off we have because we are teachers, so I thought the Camino was something positive that I could do during the summer holidays this year.”

Meanwhile, the first stage of the Camino Francés, the French Way, starts in the pretty walled town of St Jean Pied de Port in the French Basque Country and takes pilgrims across the Pyrenees, into the city of Pamplona and finally to the picturesque medieval town of Estella Lizarra.

Many who have participated say that while it is one of the most challenging stretches of the Camino de Santiago, it is pretty spectacular too as it incorporates the ‘Napoleon Route’ over the Roncesvalles Pass and the views of the Pyrenees.

“As a family we wanted to do something to thank the Hospice for all the help and support it gave to us with daddy in his final months,” continued Conan, before pointing out that his dad had mentioned the Camino a few times and it was something he would have done had he been strong enough to do it.

“After daddy’s first bout of chemo in 2010, diet and exercise became very relevant in his life and he took up walking.

“He did the Irish Cancer Society walk in the Phoenix Park and a number of other walks as well and he was involved in setting up a walking club in Newtowncashel in 2011.”

Conan says his dad’s love of life, people and the community in which he lived left a lasting impression on both his sister Keelan and himself.
Meanwhile, Gerry Casey was a well known and respected member of his community.

He played football for ‘Cashel and was the chairman of the Minor Club for a number of years.

“He loved the football and even when he was sick he went to every game,” smiled Conan before pointing out that rugby was also a huge passion of his dad’s.

“He went to as many games as he could and watched it on TV and he passed his love of sport and education onto myself and Keelan.

“He encouraged us to be the best that we could be and it was important too that we were involved and active in things.”

And now it surely is game on for Conan and the Camino Walk and while the target had been well reached at this stage in terms of money raised, the Longford man says he is going to continue raising funds for the local Hospice until August 1.

“Money is still coming in so I’ll be collecting those much needed funds until August 1,” he adds.

“It’s not just me doing this, it is a group effort and it is about our family thanking Longford Hospice and honouring daddy.

“People can donate through any family member or on sponsorship cards around businesses in the county and all funds raised go directly to Longford Hospice.

“The fundraiser in the Rustic Inn was amazing and I want to take the opportunity to thank the hosts, people who sold and bought tickets, those who sponsored, made food for the night, or donated to the auction.

“Joe Flaherty was MC on the night and I’d like to thank him too; on the night, Joe spoke about communities coming together and providing people who may not have seen each other for a while with the opportunity to catch up and that resonated with everyone.

“The support was overwhelming and the amount of people who came to remember daddy and honour his memory was heartwarming.”

Meanwhile, pilgrims from all over the world have walked the Camino de Santiago trails across Europe for centuries, making their way to Santiago de Compostela in Galicia, North-West of Spain.

People say that the Camino is an unforgettable experience and unique journey.

The most famous route is the Camino Frances but there are many more wonderful trails coming from Portugal, France and Spain.

“All of this would not have been possible were it not for the support I received from my family and friends and I want to thank all of them for helping me to bring this journey from an idea to actual reality,” Conan concluded.

Longford Lives: Fiona Egan connecting to the land and experiencing the divine