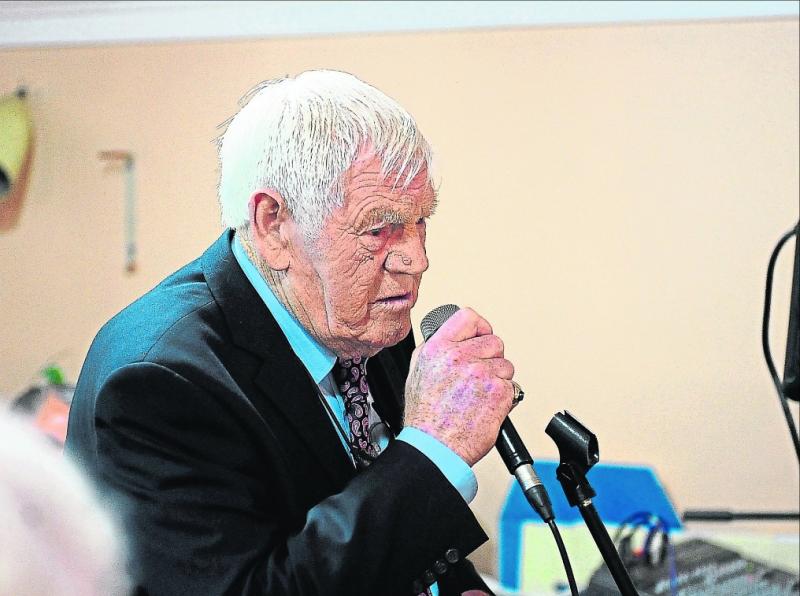 Big Tom singing at the funeral of the late Noel Cassidy in Ballinamuck in may 2017.

Iconic country singer Big Tom McBride was much more than one of Ireland's greatest ever musical performers, one his closest friends has said.

Frank Kilbride is perhaps more qualified than most to extol the virtues of a man who will be forever remembered as 'Ireland's king of country music'.

The legendary Castleblayney singer passed to his eternal reward last Tuesday aged 81, sparking a barrage of tributes from across the music and entertainment world.

Watch:  Big Tom sings 'Going out the same way you came in' at funeral of Noel Cassidy in Ballinamuck, Co Longford

Taoiseach Leo Varadkar and President Michael D Higgins have led much of those accolades with the former describing the father of four as a "giant in Irish country" music over the past 50 years.

But is has been the reflections uttered by the showband legend's close friend and well known former music promoter Mr Kilbride which will undoubtedly strike a chord with many.

"Everyone talks about the music, but I will remember Tom, the person.
"Yes, he was a worldwide figure, but Tom was a man who never saw any wrong in anybody. That was him, that was Tom."

Mr Kilbride can still recall the time Big Tom and his revered band 'The Mainliners' took to the stage at a full to capacity Park House Hotel in 1986.

It was arguably the height of Ireland's showband era and a time when music fans from right across the country would travel to venues just to catch a glimpse of a man at the very top of his chosen industry.

Mr Kilbride, not surprisingly has many memories, too many to articulate over the course of his conversation with www.longfordleader.ie

A few, however, do stand out in the local businessman's mind.

"There was one particular time when the two of us were standing in the Dail bar and I was only after recording 'My Native Town Drumlish' in Tom's studios in Castleblayney.

"It would have been the late 70s and he had a song out at the time called 'Nobody's Darling But Mine'.

"I remember turning to him and saying: 'Tom, can I record that?'.

Tom, being Tom just said: 'Sure, be jeeney you'll do a better job than me'.

"He was a one off, a genius, but above all else Big Tom McBride was an absolute gentleman."

Big Tom brought great joy to many people, both in Ireland and worldwide