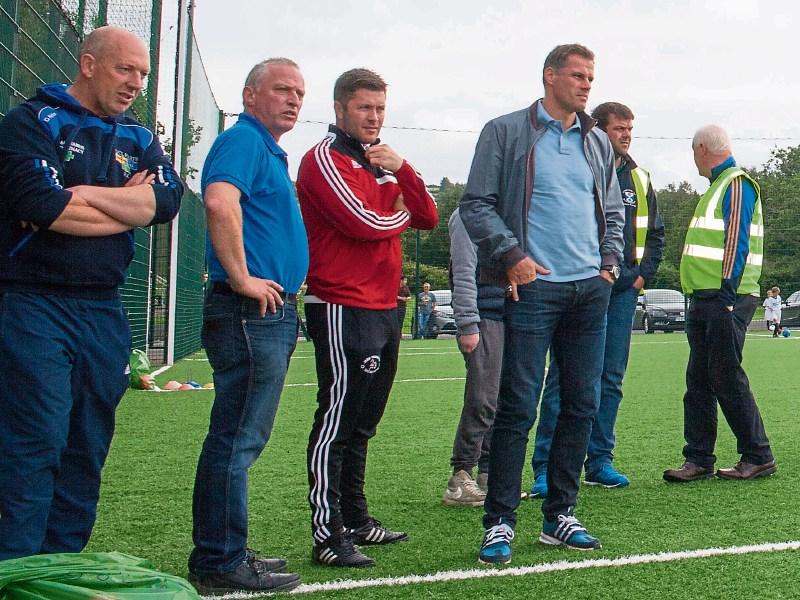 A local soccer club behind the staging of a Jamie Carragher Soccer School have slammed the GAA’s decision to fine Dromard GAA €2,000 for holding the event on its grounds.

The north Longford club were hit with the fine after the event, held last August, was brought to the attention of the GAA’s Management Committee.

In a statement announcing the decision last Thursday, the GAA’s Central Hearings Committee said Dromard admitted the infraction before imposing the fine.

The club themselves have stopped short of commenting publicly on the matter pending the outcome of an appeal.

However, sources close to the 2013 senior county finalists are hoping the fine will be overturned on the proviso the club did not benefit monetarily from the event.

For their part, executive members from UCL Harps held a meeting on Monday night to discuss the fallout.

In a statement to the Leader following those talks, the club questioned the decision and cited the charitable spirit in which the occasion was held.

“UCL Harps would like to express their disappointment at the €2000 fine imposed on Dromard GAA,” read the statement.

“This is especially disappointing as the majority of UCL players also play GAA with their local clubs, with some playing underage at county level for Longford, Leitrim and Cavan.

“The 23 Foundation founded by Jamie Carragher is a charitable organisation to help raise much needed funds for deprived children.

“The Soccer School was an overwhelming success, with children of many abilities from all over Ireland taking part, and none of this would have been possible without the support and help of Dromard GAA club.”

The man at the centre of the controversy and former Liverpool captain, Carragher, also waded into the debate this week by retweeting a message of support issued by his own soccer school foundation.

That read: “We would like to put it on record we are working with our partner in Ireland regarding the recent fine imposed.”

Former Munster Council Chairman Noel Walsh described the treatment meted out to Dromard as “unjust”, claiming the GAA were in danger of killing off rural clubs with heavy handed fines.

Walsh also suggested that Croke Park bosses should instead of fining Dromard, be paying them €2,000 “for their hospitality to fellow Irishmen who wanted to kick a ball around on their field.”