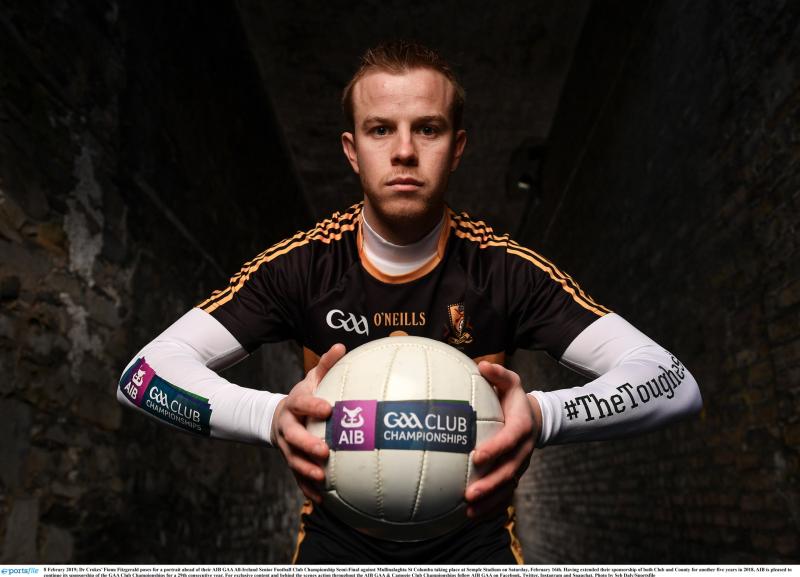 The Longford champions had won a hat-trick of county titles but only truly announced themselves to the nation by winning the 2018 AIB Leinster SFC title.

Also read: Minnows Mullinalaghta will give it their all against Dr Crokes

Their provincial final win over Dublin super-club, Kilmacud Crokes, was in some ways seen as a victory for small parishes across the country — showing what can be done in an area of just 450 people.

A look at some winners of recent AIB All-Ireland titles shows an abundance of sides from more heavily-populated areas: Corofin, Ballyboden St Enda’s and St Vincent’s — highlighting the size of their next task.

Dr Croke’s come from another big town, Killarney, and their star-studded side won the AIB All-Ireland title in 2017 with victory over Slaughtneil.

The Kerry men are hoping to be party-poopers at Semple Stadium in this club semi-final, but are certainly not underestimating the underdogs.

“They have really captured the imagination,” Fitzgerald says at the AIB All-Ireland semi-final media day.

“Their run has taken on a life of its own. They’re a bit like the Slaughtneil story, but they’ve also been knocking on the door for a while.

“They’ve won Longford three times and been in Leinster where they gave St Vincent’s a rattle, but beating a Dublin team was the thing because Dublin have been so successful. They also beat Rhode and Eire Og so they have form.

“They’re from a small area but they have been genuine kingpins in their county, and I was always tracking them..”
Fitzgerald has an exceptional medal haul with both club and county — he lifted the Sam Maguire Cup as co-captain of Kerry in 2014, and was a key man on the Croke’s team that hoisted the Andy Merrigan Cup in 2017.

“It’s been incredible,” says Fitzgerald. “It was a lifetime goal to win an All-Ireland with Kerry and, being honest, you grow up thinking you’ve more of a higher chance of doing it with the county than the club.

“It’s been a dream to do it with Croke’s. We lost to Nemo (in the Munster final) last season and it whetted our appetite to get back and win the county title, and maybe think of an All-Ireland run then in the distance. There’s great excitement about it back home.

“It’s unique too because you win your province and then there’s a very long break either side of Christmas, and you don’t know where you’re at. All-Ireland semi-finals are always very close and we lost three of them before we finally won one. We didn’t perform and the opposition did, and they were the better teams on the day.

“There are no favourites in this one, I don’t buy that tag. You trust the work you have done and hope it’s good enough on the day.”