Minnows Mullinalaghta will give it their all against Dr Croke's 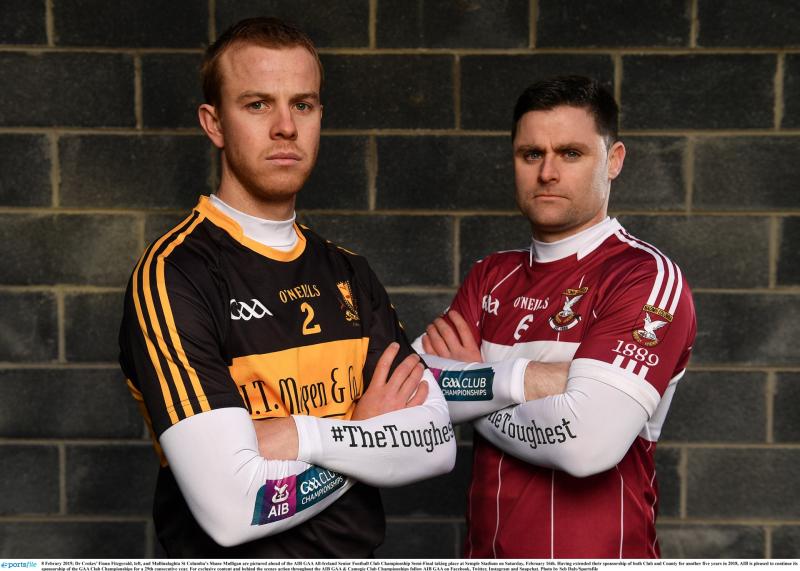 Shane Mulligan is used to Mullinalaghta being considered minnows.

The St Columba’s men go into the AIB All-Ireland SFC club semi-final against Dr Croke’s of Kerry as rank outsiders, but the centre-half couldn’t be happier.

Longford is one of the smallest counties in the country and, within that, Mullinalaghta is one of the modestly-sized clubs inside its borders.

It was an exceptional feat for a parish of 450 people to win their county, never mind be crowned kings of Leinster and get to the final four of the All-Ireland competition.

“It’s always been that way,” Mulligan says at the AIB All-Ireland semi-final media day. “We’re small even in Longford. We’re minnows, but we have a lot of talent there.

“No more than against Kilmacud Crokes and Rhode, we’re going in as underdogs against Dr Croke’s, we’re used to the tag, but it has no influence on us. It’s all about getting a performance and letting the result look after itself.”

Mulligan is captain of Mullinalaghta and had the honour of lifting the Seán McCabe Cup at O’Connor Park in Tullamore. Their achievements resonated across the country, and though he was taken aback by the volume of support they received from far and wide, Mulligan wasn’t surprised when they overcame Kilmacud Crokes.

“Coming into it, we always felt we’d be in it,” he says. “But the level of support we’ve had from people has been unreal, and the ripple effect all across the country. People ask where you’re from and you say Mullinalaghta, and straight away they’re on about the football team.

“Football-wise, it was all about trying to get our match-ups right and staying in the mix with 20 minutes to go and push on, and that’s how it panned out.

“Then the final whistle went and it’s etched into history, it was amazing. You’ve people slapping you on the back and all the players are out on the field and then all your family and people from the parish.

“Then I was called up to collect the cup and I looked out onto the field, and there must have been at least three times the population of Mullinalaghta out on the field. It meant a lot to the people of Longford and it was just an amazing day.

“The four teams left are from Kerry (Dr Croke’s), Galway (Corofin), Donegal (Gaoth Dobhair), and Longford, so it’s amazing to be among them now. It’s great to be in there and there’s a great buzz, and we’ll give it our all on the day.”