McConville certainly knows a thing or two about winning club titles - he won ten Ulster and six All-Ireland titles with Crossmaglen, and you can throw in sixteen Armagh county titles for good measure. And at inter-county level, he is the holder of one All-Ireland SFC medal, one NFL medal and seven Ulster SFC medals.

An All Star winner in 2004, Dessie Dolan also won his only Leinster SFC title with Westmeath that year. He is the holder of seven Westmeath senior club medals and in 2011, he helped Garrycastle win a Leinster club title.

There will be plenty of craic and banter on the night (Wednesday, February 13 at 8pm) and there will be prizes galore to be won, including tickets to the big match, Mullinalaghta St Columba's and Dr Crokes, which takes place on Saturday, February 16 in Semple Stadium, Thurles.

So don't miss out and come along to Kiernan Milling, Granard on Wednesday to hear what the experts have to say about the big match..... 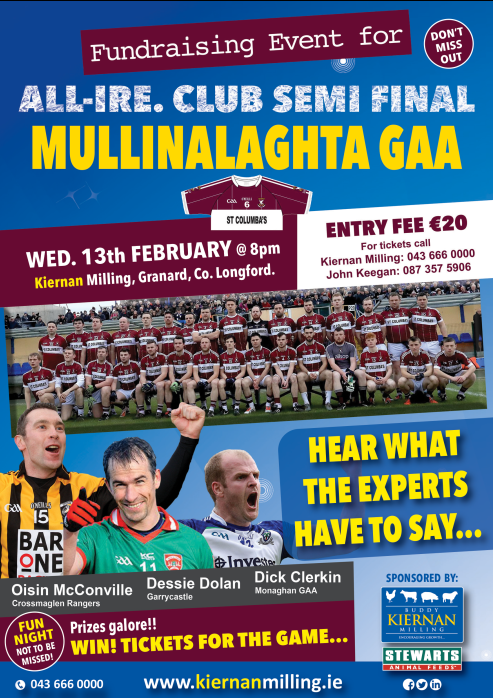