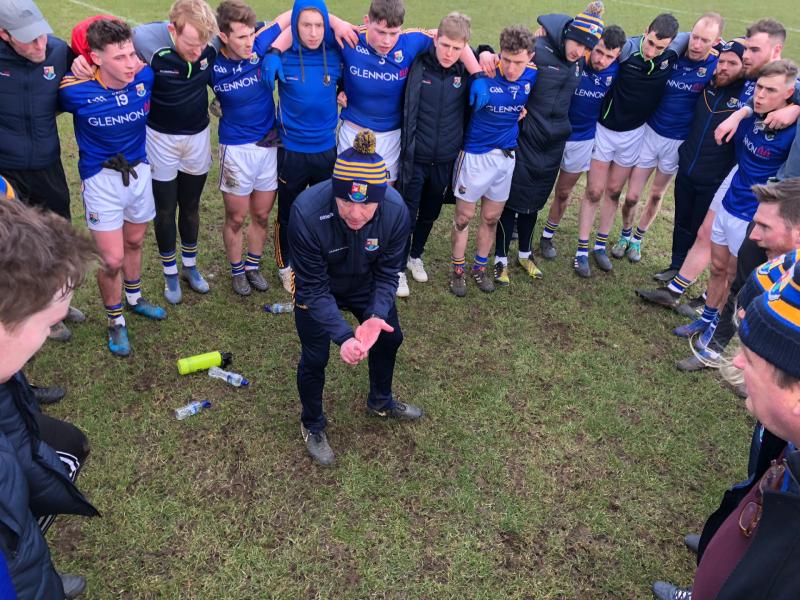 A battling performance from Padraic Davis Longford’s charges saw them come away from Netwatch Dr Cullen Park Carlow this afternoon with a deserved five points victory, 0-9 to 1-11, two vital points and move to the top of the Division 3 table.

It was always going to be tough for Longford against an in-form Carlow and in the first half Turlough O’Brien’s side played some good football but Longford were able to stick with them despite deciding to play against the wind in that opening half.

Minus the club-tied Mullinalaghta contingent and the injured Robbie Smyth, along with a few others, Longford are sitting pretty on the summit of Division 3 and they are also the only county in the division unbeaten after three rounds.

Longford won away to Louth in the opening round, drew with Offaly last week and following this victory over Carlow, they’ve a break until Sunday week, february 24 for their fourth round fixture at home to Down in Glennon Brothers Pearse Park.

The turning point of the game came in the 30th minute when Carlow missed a penalty that would have put them four points ahead. Longford were able to level before the break, 0-5 apiece, and it really buoyed them up for the second half.

Longford created the first scoring chance of the game but it was Carlow that got the opening score when Darragh Foley kicked over a terrific long-range point in the third minute.

A move involving Darren Gallagher and Nigel Rabbitt ended with Colm P. Smyth kicking over Longford’s first point. Jordan Morrissey and Liam Connerton traded frees before Darragh O’Brien kicked over a free to edge Carlow back in front in the eighth minute, 0-3 to 0-2.

There was nothing between the sides and in the ninth minute a nice point from Nigel Rabbitt drew Longford level. Gallagher was fouled in the 15th minute and he fired over the free to put Longford ahead for the first time, 0-3 to 0-4 to the visitors.

The sides were level again for the fourth time seven minutes later when Sean Gannon capitalised on a Longford mistake and fired over. Another excellent Foley point put Carlow in the lead again in the 26th minute, 0-5 to 0-4.

In the 30th minute Carlow were awarded a penalty after Conor Lawlor was taken down. Sean St. Ledger stepped up to take the spot-kick but his effort came off the post. Just before the break Gallagher kicked over a terrific free to level matters. Half-time: Carlow 0-5 Longford 0-5

A phase of play that included numerous handpasses eventually yielded a Carlow point in the 43rd minute.

Longford then enjoyed a good spell kicking over four unanswered points between the 44th and 50th minutes through Joe Hagan, Connerton, Smyth and Connor Berry, to go three ahead, 0-6 to 0-9.

Two frees from Carlow sub Paul Broderick brought his side back to within one point by the 60th minute, 0-8 to 0-9.

Longford stretched the lead to four points in the 61st minute when a long high ball in by Colm P. Smyth was brilliantly flicked to the net by Connor Berry, 0-8 to 1-9.

Carlow were reduced to 14 when Sean Murphy was shown a second yellow in the 62nd minute.

Football Division 3 Table after Round 3