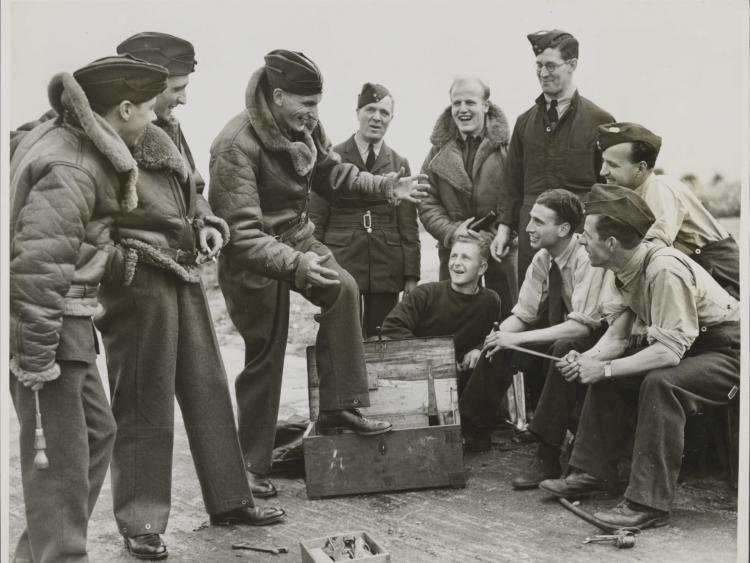 Ancestry, the global leader in family history and consumer genomics, has conducted research to mark the 80th anniversary of the outbreak of the Second World War on September 3 1939.

The study of 1,000 Irish adults commissioned by Ancestry, asked questions ranging from awareness of the date of the outbreak of the Second World War to whether they had a living relative who remembered the war being declared.

Remarkably, over half of Irish people have a living Irish relative who can remember World War Two being declared, 52%.

The study also shows Irish people’s love of passing down stories through the generations. 29% of Irish people who had an understanding of how their family reacted to the outbreak of the war heard directly from relatives. While 17% heard about their family’s experiences through family memories and stories passed down.

Also read: Is there a prime location in Longford for a new JYSK store?

An interesting stat from the research is how World War Two affected Irish families. Operation Pied Piper, the biggest and most concentrated mass movement of people in British history, saw over a million mothers and children evacuated from cities in the first three weeks of September 1939. 19% of Irish people surveyed said they had a relative involved in the operation.

Commenting on the new research, Simon Pearce, spokesperson with Ancestry.ie said, “The Second World War was one of the largest historical events in the 20th Century. As an independent nation forging its own path, Irish people’s involvement in the war is unlike any other event in history. Those Irish nationals who fought were either resident in another country or they chose to fight.

"This research reveals the extent of the Irish memory and interest in World War Two. This is our forgotten Irish history and we now have the chance to rediscover all the lost stories.

"We should make the most of our relatives who remember the war and the historical records available to us to learn more about our family connection to these significant events.”

The research also revealed how much Irish people know about what we referred to as ‘The Emergency’.

Nearly half of us know it was the invasion of Poland which triggered the declaration of war against Nazi Germany, with 49% of Irish people correctly identifying the country.

However, it was revealed Irish people struggled to correctly identify who the British Prime Minister was at the outbreak of the war. The majority of Irish people believe Winston Churchill occupied Downing Street when it was, in fact, Neville Chamberlain who was in charge with Britain entered the war.

Anyone looking to learn more about their backstory and their family connections to World War Two can explore a range of collections on Ancestry.ie