Roving Leader: Walk a mile in Longford in the shoes of Olympian Ray Flynn 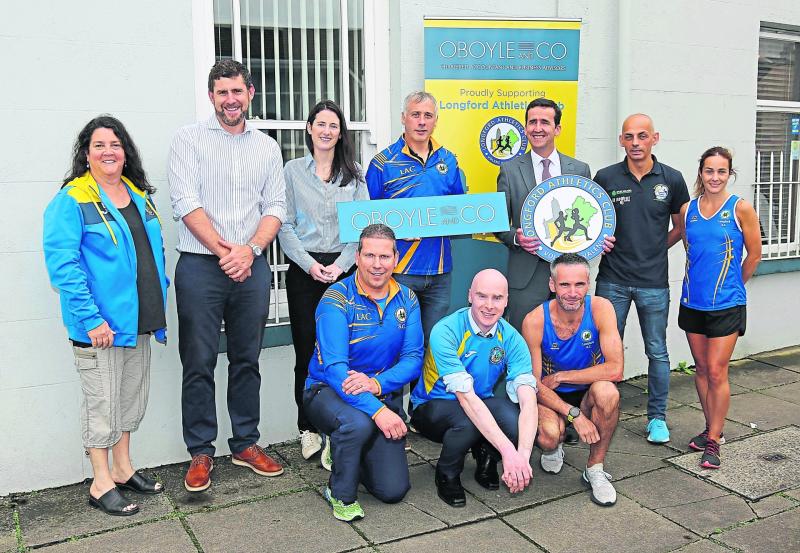 On Tuesday, September 3, the people of Longford will do their best Ray Flynn impressions, as they take part in the third ever Ray Flynn mile on the grounds of St Mel’s college, Longford town.

The event is being held by Longford Athletics club in conjunction with Longford sports partnership and in honour of Longford’s Ray Flynn, one of Ireland’s greatest ever athletes and the current holder of the Irish mile record.

The Longford native, who represented Ireland in the 1980 and 1984 summer Olympic games, broke the Irish mile record in Oslo on July 7, 1982, a record which still stands to this day.

Donal Mulligan of Longford Sports partnership and Longford AC said: “We thought being the Athletics club it would be good to revive it in honour of Ray and all of his achievements. Because he is probably one of the most famous sports people to come from the town.”

This year’s event sponsors are O’Boyle & Co Chartered Accountants & Business Advisors. Eoin O’Boyle, partner at O’Boyle & Co, told the Leader that it was upon hearing about local high-jumper, Nelvin Appiah, who achieved a considerable amount of success, without having the adequate facilities, that he wanted to help.

Eoin said: “I went after them rather than them coming after me.

“I heard about a very successful local athlete, Nevlin Appiah, who was achieving all of this success, without having access to a proper mat.

“I sort of took it upon myself to get involved and let it be known that we would be willing to enter into a partnership. They do great work and the least we could do was offer a small bit of financial support.”

Organisers say the support of local businesses such as O’Boyle & Co and the local community has proven invaluable.

Leslie Finnan, Longford AC said: “It is fantastic how many locals get behind us, especially when we put stuff out on social media or announce various events, loads of people come out of the woodwork.

“We really want to thank O’Boyle & Co for coming on board to highlight the work that we are doing. It is great to have well grounded local support.”

They also wished to thank St Mel’s college for the use of their grounds, as well as the support of Athletics Ireland and the Daily Mile initiative.

Donal Mulligan stated: “Frank Greally from the Daily Mile is coming here on the day. He is going to also go to four schools on the morning of the Ray Flynn mile and give a little talk and promote it and the daily mile as well.”

On the evening of the event, there will be both individual and team challenges, with entry fee set at €5 per person or €15 per team of three. Organisers say people shouldn’t be daunted by a lack of experience in athletics as it is open to people of all levels.

“It’s fun, competitive, whatever you want it to be for yourself,” Donal remarked.

Leslie added: “There are not too many sports in which young kids and their parents can participate together, so the family feel of the event will hopefully be very attractive to both our members and the Longford public.

“It is a novel idea and it will appeal to a lot of parents. A lot of parents actually go walking when their children go to athletics, so it ties them all in together.”

Longford Athletics Club will host a sports club team challenge for non running clubs, while Longford sports partnership will also host a company team challenge and a family team challenge on the day, with prizes for the best combined times in each challenge. There will also be awards on an individual level for the fastest male and female and the quickest U16 athlete overall.

At the event, which kicks off from 7:30pm, Ray Flynn will be on hand to mingle with locals, answering questions about his career.

Donal noted; “Ray is also going to be there on Tuesday. People will be able to have a little talk with him, ask him questions and get some information on competing.”

Leslie added: “He has great camadery with all of the age groups and the kids were particularly enthralled with him the last time he came over and what he had to say on how he got to where he was.

“It means a lot to the kids that are participating, whatever their skill level or achievements, to meet someone like Ray that they can look up to.”

The main hope of the event is to encourage people to get more active. It is also hoped that initiatives like the Ray Flynn mile will encourage more people, young and old, to get involved with the local athletics club.

Leslie adds: “One of our main goals for the younger athletes is to teach them the fundamentals, which they can the, in turn, translate into every sport.

“The kids can take the basics of what they learn in athletics and apply it to everything they do. We don’t just want running athletes, we want a broad spectrum and for everyone to enjoy all sports.”

The event will also be used to help highlight the need for adequate athletics facilities in the county, with Longford one of only four counties without their own facilities. With this to the forefront of thoughts, John Fitzpatrick (facilities chairman Longford A.C), called on the people of Longford to also support their fundraiser draw, which has a first prize of €20,000.

He said: “We have a plan. We are hoping that over the next year or two, that we can develop something. Initially it will be an indoor facility similar to that of other Athletics clubs throughout the country.

“We are working together with the people of Longford to try and develop something that is not just for athletics, but all of the different sports that are out there.”

Continuing he said: “We need everybody’s support. We are trying our best to raise €100,000 before the end of this year so we can use it with a grant that is available through the council.

“With this funding, we hope to build our first phase, an indoor facility. We need everybody involved.”
John says new facilities will enable Longford athletes already competing a top level, to push on even further.

“There is some great talent out there and we need to now utilise whatever we can to build a facility not just for this generation, but for the generations after too.”

Further details on the fundraiser draw can be found via the Longford AC social media channels. Before that, however, get on down to St Mel's college, September 3, and walk a mile in the shoes of an Olympian!

Note: We offer our deepest sympathy to the O'Boyle family on the recent loss of family member Ciarán following a tragic accident in New York. May he Rest in Peace.