What's Going On: Charlie’s a Clepto and she’s on her way to Longford 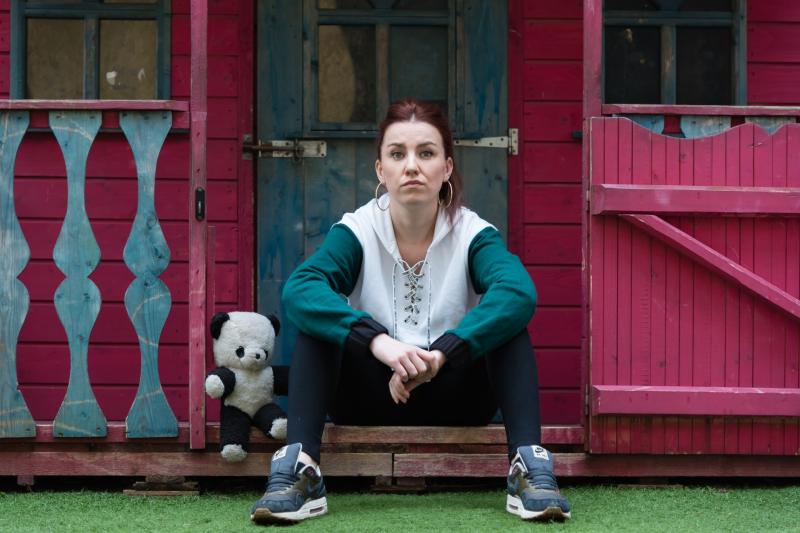 Actress Claire Monnelly will bring her one-woman show, Charlie's a Clepto, to the Backstage Theatre on Wednesday, March 20

Charlie is a kleptomaniac, but she's got the robbin’ completely under control these days. Right now all she wants is to get her little boy back and she's not about to jeopardise that.

The heartwarming and hilarious Charlie is a Clepto, is hitting the Backstage Theatre on Wednesday, March 20, and is sure to attract an enthusiastic audience.

Written and performed by Claire Monnelly, directed by Aaron Monaghan, with design by Suzie Cummins, the play tells the story of Charlie, a Dublin girl with a bit of a mouth on her and her quest to keep her head down for 24 hours so she can get her child back.

“The first inspiration came when I was sitting in the social welfare office, waiting to see if they’d give me the dole. I was just sitting there, thinking about my life and questioning my career choices,” said actress Claire Monnelly.

“And I heard this voice — her voice — just really, really clear in my head. And I started jotting down notes and memories from her childhood and stuff.

“Charlie herself is a very recognisable character and I think everybody will know somebody like her or see a bit of themselves in her. She’s not perfect and definitely a hugely flawed character, but she’s likable and she’s fighting really hard to get her baby back. But everything just goes a bit awry.”

Claire trained in the Gaiety School of Acting. This is her first one-woman show and it was nominated for Best New Play and Best Actress at the Irish Times Theatre Awards and for the Stewart Parker Trust New Playwright Bursary in 2017.

“It's mental because when I started writing, I could never have dreamed of even getting it produced, let alone bringing it on this massive tour - that was never really my thinking,” said Claire.

“And I’m glad it wasn’t, because I think if I’d thought about that scale of it — a one-woman show in 15 venues over 22 nights — I think I would’ve bottled it, because it’s a big undertaking.” But she didn't bottle it and the result is a beautiful, witty performance that has audiences across the country raving.

“I’d just love people to come out and see her and meet her and fall in love with her the way I have.”

Tickets for Charlie is a Clepto are available from the Backstage Theatre box office or by calling 043 33 47888. Alternatively, book your tickets online at www.backstage.ie.

Read also: Natasha working round the clock for St Mel's Musical Society's production of 9 to 5 in Longford's Backstage Theatre