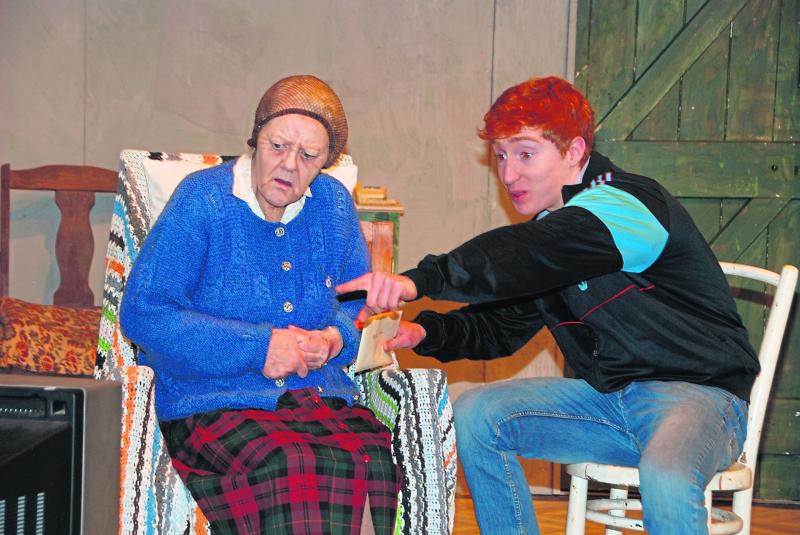 Eileen Murphy and James Quinn as Mag and Ray.

Backstage Theatre Group's incredible production of The Beauty Queen of Leenane was completely sold out for its recent three-night run and with such a huge demand for tickets, those who missed the show the first three nights will have the opportunity to see the play next week.

Due to popular demand, the Backstage Theatre Group has decided to put on one more showing of the play on Friday, March 15 next, with tickets already selling fast.

The play tells the story of Maureen Folan, expertly played by Christine O'Brien in this Longford production, and her mother Mag (Eileen Murphy), for whom she acts as caretaker.

It's a story of control that sees the negative reaction Mag has to Maureen's decision to see a man called Pato Dooley (Tom Lyons).

Mag’s interference in Maureen’s first and potentially last romantic relationship sets in motion a chain of events that are as tragically funny as they are horrific.

Backstage Youth Theatre graduate James Quinn has taken to the main stage with the senior group for the first time for this production and proves, through his portrayal of Pato's younger brother Ray, that he has every right to stand up there with some of Backstage Theatre Group's most esteemed actors.