The result of the third count in the Longford municipal district area, which involved the distribution of the votes of eliminated Independent candidates George Breaden (15) & Julia O'Reilly (29), has led to little change in the standings.

Fianna Fáil's Joe Flaherty remains the only candidate elected and with six seats left to be filled there are six candidates who are on 613 votes or more and they are Peggy Nolan 765 (Fine Gael), Gerry Hagan 749 (Fine Gael), John Browne 707 (Fine Gael), Seamus Butler 702 (Fianna Fáil), Gerry Warnock 693 (Independent) and Martin Monaghan 613 (Fianna Fáil) in that order.

The quota is 838 votes and count three concluded with the elimination of a third independent candidate Tony Reilly and his 92 votes will be distributed in Count 4. With three candidates on totals of 163 or lower, it may take until Counts 8 or 9 before a second candidate is declared elected.

Distribution of the votes of George Breaden (15) & Julia O'Reilly (29)

No candidates reached the quota during the third count. Tony Reilly (Independent) has been eliminated. 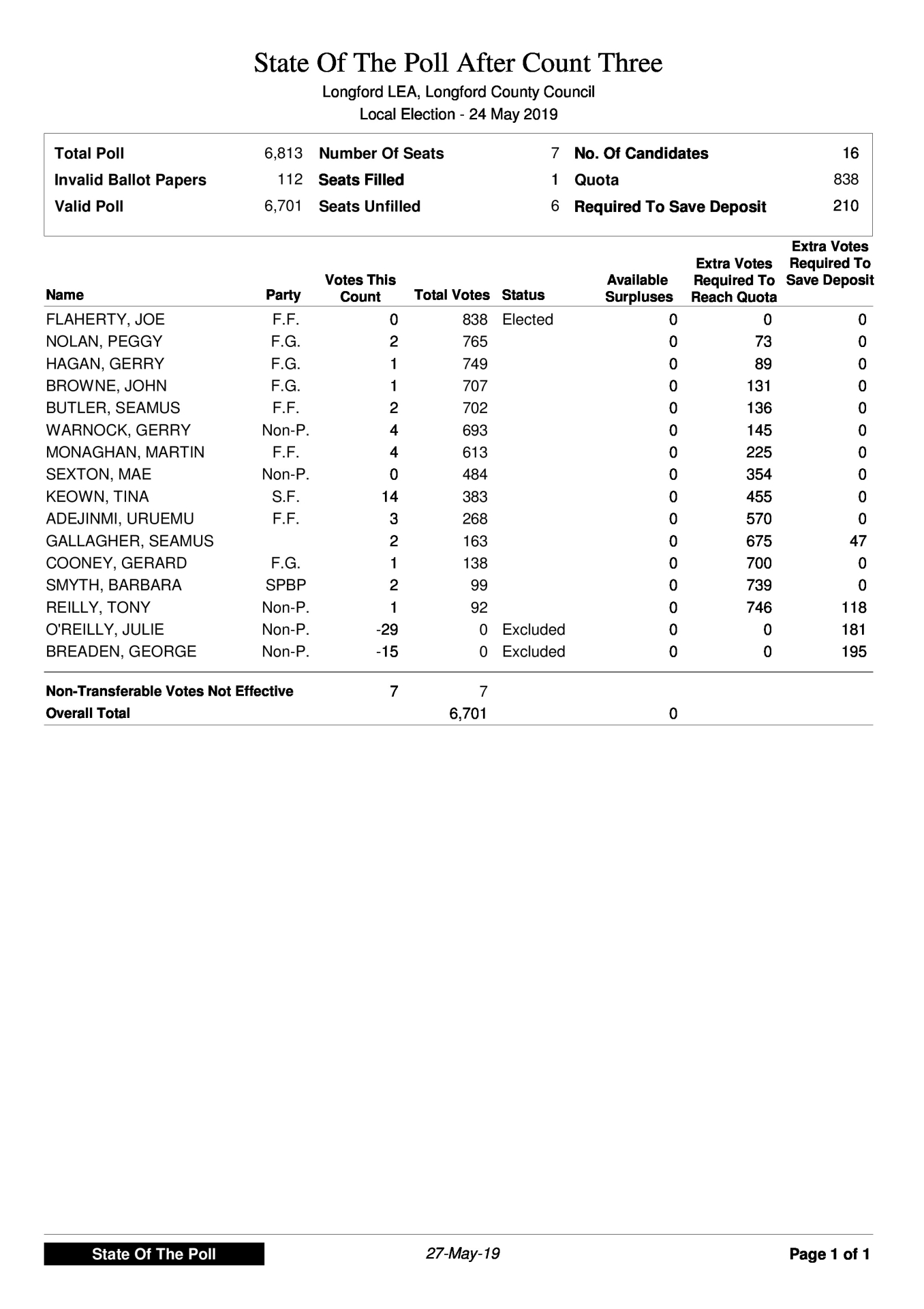