Speaking on his last day of the trade visit, the Longford / Westmeath representative and Minister said, “The past number of days meeting with Irish, Canadian and American companies has been hugely encouraging as we look ahead to a post pandemic recovery.

“The passion and innovation of Irish businesses on the ground in Canada and the US as well as the continued positive endorsement from companies with investment in Ireland further demonstrates the importance and necessity of Ireland’s pro-trade policies. I want to commend the work of our enterprise agencies, Enterprise Ireland and IDA Ireland, who support and foster vital relationships and partnerships with markets across North America. It was a pleasure to join them and support their work in Toronto, Montreal, Boston, New York, and New Jersey, and I look forward to future progress and stronger relationships across North America.”

The US and Canadian markets represented 18% of total Enterprise Ireland client exports in 2020, with exports reaching almost €4.5bn to the North American region.

In terms of foreign direct investment, North America is a particularly thriving market for Ireland. Between the US and Canada over 800 companies employ nearly 170,000 people directly in Ireland.

Seventeen new homes completed in third quarter of 2021 in Longford

Longford had lowest number of home completions of any local authority 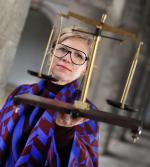