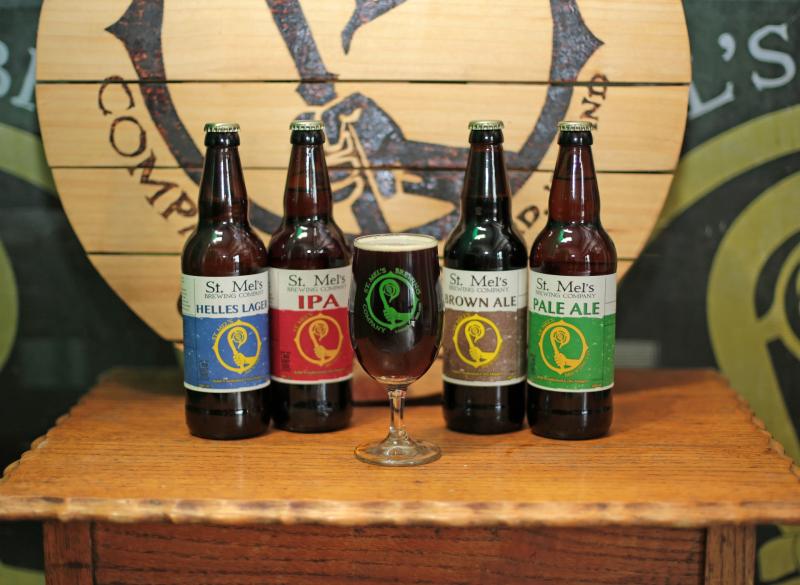 It comes as the business, run by Longford natives Liam Hanlon and Eoin Tynan this week revealed their new look Front of House reception area at the brewery on the Ballinalee Road.

The reception space has been transformed as part of a major investment by the company in their move to become a new tourist attraction for the town.

St Mel’s Brewing company was established in 2014 and has since become a very popular brand here in Longford and further afield. Their production facility was the first brewery in the midlands since the 1800s.

Liam explains ‘the name is very much rooted in our community – we wanted a name that was synonymous with Longford.’

In recent years, the craft beer sector in Ireland has grown exponentially, but the COVID pandemic posed serious challenges for St Mel’s and their craft beer counterparts across Ireland. However, undeterred by these challenges, Liam and Eoin adapted their business model to embrace the changes brought about by coronavirus.

A reception area was opened at the Ballinalee Road premises to allow customers to click and collect, and they began shipping their popular beer subscription packages to customers all over Ireland via their new e-commerce platform.

Liam says the pandemic also gave them the opportunity to experiment with their product offering, resulting in several limited-edition brews which have been very well received by the hospitality and off-sales sectors.