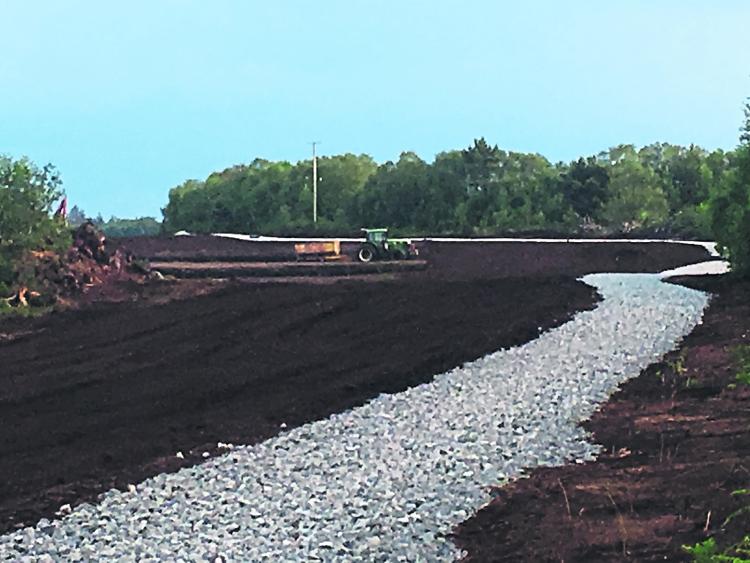 Over the past number of years work has continued on the Royal Canal from Maynooth and the work is now inside the Longford border and making its way to Clondra.

There is great activity on the route with walkers, cyclists and joggers/runners availing of the safe route. Alas, we were not to benefit from this outstanding facility until the idea was mooted to see if it was feasible to link the parishes of Rathcline and Killashee, hence our access to the Royal Canal.

Having spoken personally to each of the Bord na Mona managers over the years it seemed from them that this would be possible in the Kilnacarrow area where access across the bog would lead us to the Clonbearla townsland in the parish of Killashee.

This proposed route was the way the legendary John Duggan took as he made his way to school in Lanesboro many years ago. Time passed and with the assistance of Senior Planner at Longford County Council, Donall Mac an Bheatha the plan started to take shape but the fact that the bog was still in use meant that one year followed another as we waited for the bog to be decommissioned.

Over the past year Donall and Longford County Council took ownership of the project and liaised with both Bord na Mona and Coillte as the route was going through both properties. The bog was decommissioned at the end of last year and as a result the project was agreed, and plans were set in place to make a cycleway/walkway from one parish to the other.

From a tourism point of view this was a strategic crossing as it now opened Lanesboro and Ballyleague up to the canal for cycling, walking, running and for those with an interest in nature. There will be an added tourism benefit as it opened up to the Corlea Trackway and Visitor Centre just off the Royal Canal in Kenagh. Now people on boats who are usually supplied with bikes will be able to cycle to Corlea and avail of the fascinating attraction of the Iron Age trackway constructed with oak planks in 148BC.

With the cycleway/walkway running very close to the Mid Shannon Wilderness Park it will make it a strategic area for those interested in the ecology of the area, wildlife and bird life, and the growth of a new and wide range of fauna that will come with the Wilderness Park.

All these attractions will attract huge numbers of visitors to what will be a very unique area. The route is in the very early stages of work, but we now have something very tangible that will create a major tourism attraction for the parishes of Rathcline and Killashee.

I must express my deepest gratitude to Donall Mac an Bheatha and his Longford County Council team and Bord na Mona management and the lads that are working on the cycleway/walkway for bring this dream to fruition.