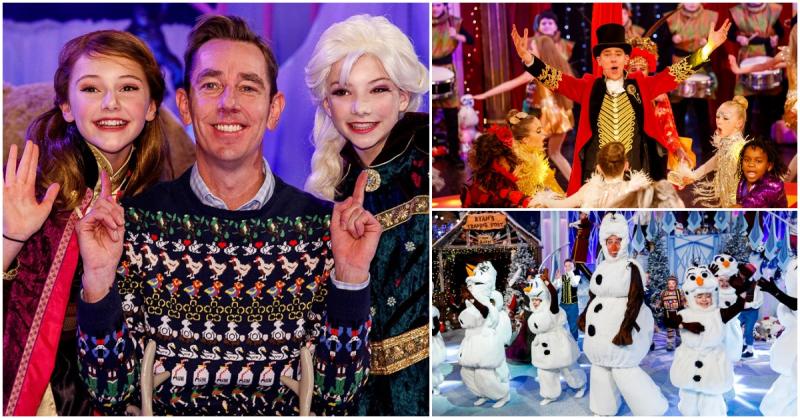 The Late Late Toy Show is one of the staples of the Irish calendar, and for good reason. The opening numbers and performances from show have become the stuff of legend in recent years, and what better way to spend a Sunday evening than sitting in front of the TV with all of the family, singing along to your favourite songs from the Toy Show?

Who could forget host Ryan Tubridy's stint as Sebastian from The Little Mermaid in 2017, or as Lumière for Be Our Guest from Beauty and the Beast, that opened the show in 2015?

The Late Late Toy Show is the most eagerly anticipated entertainment television show of the year for children and adults alike, often signalling that Christmas has well and truly arrived. In a one-off summer special, viewers can get a taste of the magic on a summer Sunday evening.

On Sunday, July 19th, tune in to RTÉ One as host Ryan Tubridy takes us through some of the most memorable musical offerings from over the years - with the bonus of lyrics appearing across the screen so that the audience at home can join in.

"Given how crazy it has been in the last few months, and how the rain seems to be winning the battle against the sun for summer skies of late, we thought it was time to brighten up the TV and have a look back at The Late Late Toy Shows of yesteryear,” said Tubridy.

“I hope that all the children, who are tall and small, who are young and old, can sit back, get the popcorn out on Sunday July 19th, sing along, laugh, and enjoy."

Stand-out performances from children featured on The Late Late Toy Show include The Cup Song from 2013, which went on to become a viral sensation with 16.5 million hits on YouTube. Other songs which feature in the upcoming programme include Marty Mone’s cult classic Hit The Diff, the ABBA Megamix, Symphony, Old Town Road, and When I Grow Up.

Also read: Do you want to take part in a new television series?