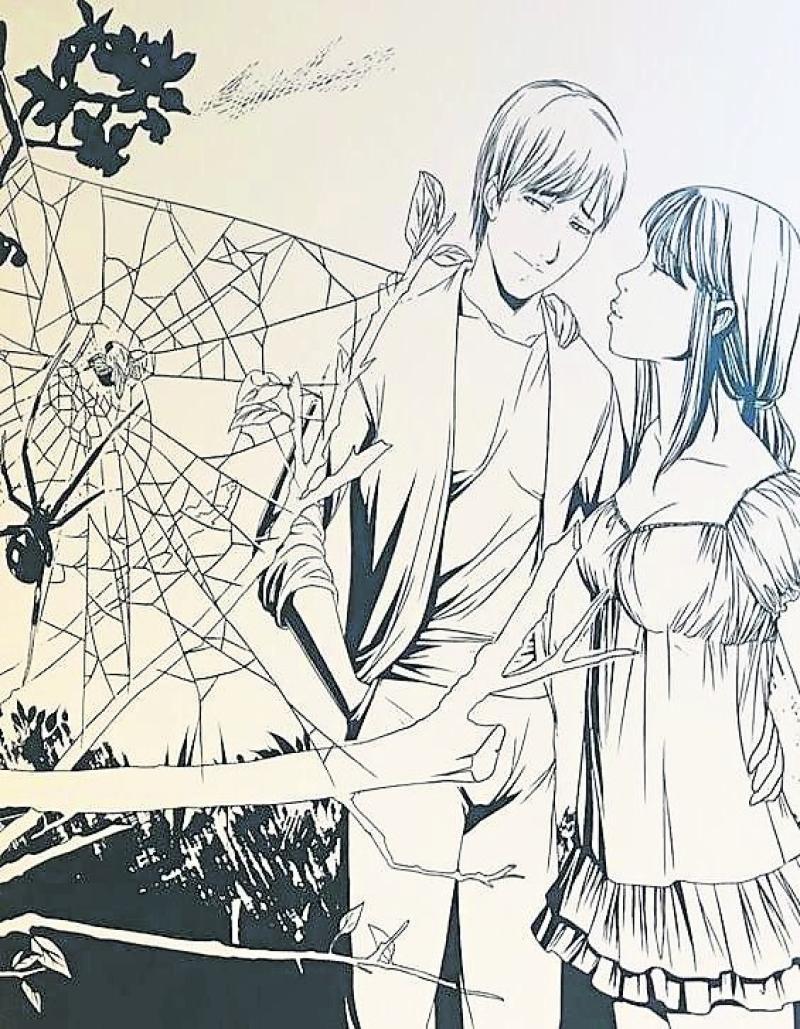 Kevin Dwan is delighted to announce the exhibition of his poetry collection 'Twenty 7' at the Backstage Theatre Longford from October 2 to 16.

The collection comprises twenty poems that Kevin wrote between 2009 – 2016, during which time he has been a regular presence on the Dublin spoken word scene, as well as having performed at a number of festivals including Longitude, Valentia Festival and Shakefest and also having had material published in Headstuff among other publications.

The collection is made up of what Kevin sees as a series of lessons he's learned, dealing with themes such as love, betrayal and lust, culminating in the realisation that we are all in it together.

For each poem in the collection, Kevin designed a corresponding illustrative concept, which Ian skillfully realised in the form of Manga prints that are featured in the book beside each poem. The end result is an impressive marriage of visual art and words that together complete the work.

Discussing why he decided to add this multi-disciplinary aspect to the collection, Kevin explains, “I wanted another way for people to get into the poems.

“I felt there was a potential to get under the skin of the themes. Manga's an enjoyable style – it's got a magical aspect that I think resonates with a lot of what I talk about in the poems. It seemed a natural partnership.”

The book itself is limited edition, with each copy being handcrafted by Kevin in both a softback version and a hardback version constructed from plywood, glue and rivets, to reflect his DIY ethic.

The exhibition opens on Wednesday October 2 at 8pm in Backstage Theatre, all welcome.

Also read: School of Rock to take on sound engineering, orchestra and film