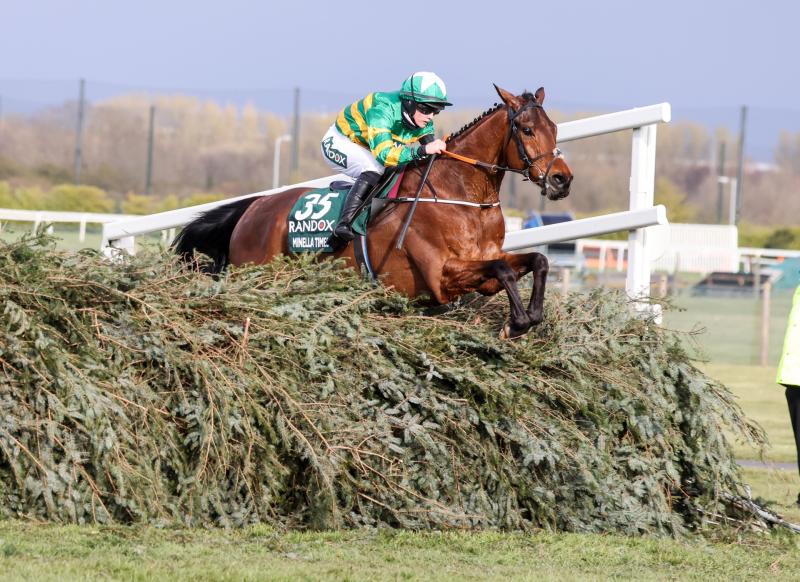 In a great boost for a sport already on a high after Rachel Blackmore's success at Aintree, there was further good news after it was announced that racing returns to Kilbeggan Racecourse on Thursday and Friday, April 22 & 23.

It feels like years since we had a normal life, as the huge impact of the Covid-19 crisis has created overwhelming challenges, for all of us in different ways, whether it be health, economic, or social.

Kilbeggan Races are delighted that horseracing is allowed to continue behind closed doors and hopefully, as the vaccination rollout continues, the public will be allowed back to our race meetings in the summer. Its over 180 years since the first Kilbeggan race meeting was held in 1840 and many good things have happened in that time.

Paddy Dunican, Manager is very positive about this year’s meetings and racing at the track.: “2021 is off to a great start for us at Kilbeggan. Firstly, we are delighted that Horse Racing Ireland has granted us an additional race meeting on April 22 to create a new New Spring Two-Day National Hunt Race Meeting. Secondly, former winners at Kilbeggan,  went on to win three of the biggest Steeplechase races in Britain and Ireland; Put The Kettle won the Queen Mother Champion Chase at Cheltenham, Freewheelin Dylan won the Irish Grand National and Minella Times won the Aintree Grand National.

"This is a great boost for the quality of horses racing in Kilbeggan. The significant improvements to our track is attracting better quality horses, which is creating more competitive and exciting racing for our fans”.

In order to keep up the momentum, further improvements will take place in 2021. The Committee are fitting the steeplechase jumps with Easyfix aprons that are padded with a cushioned surface, which will create safer jumps for both the rider and the horses.

In addition, a new all-weather sand surface trackway is developed for the horses going out on the racetrack. With ten race meetings granted for 2021 there is every reason to be positive. The Irish Stallion Farms EBF Mares sponsored race will be on Friday April 23.

Over the years, Kilbeggan has had many great chasers from Gold Cup winner Koko in 1926 up to dual Aintree Grand National winner Tiger Roll. However, in recent times three horses went on to be champions after winning in Kilbeggan. Henry De Bromhead’s Put the Kettle On ridden by Rachael Blackmore, blitzed, the opposition at Cheltenham in the Ryanair Chase. The horse had already won his Beginner’s Chase at Kilbeggan in  May 2019.

When Freewheelin Dylan made all the running, and galloped to success in a 150/1 shock in the Irish Grand National, it brought back memories of his win last summer at Kilbeggan in the AXA Farm Insurance Midland’s National. Freewheelin Dylan won three times on the track  between 2018-20 and there was no luck about his win, as he jumped brilliantly from fence to fence and when challenged held off the Gigginstown House horse Run Wild Fred to win by 1½ lengths for trainer Dermot McLoughlin.

The third horse home Enjoy D’Allen 40/1,  brought back great memories of Ciaran Murphy’s and Dot Loves success in the Irish Grand National with Liberty Counsel in 2012, who was also a big price at 50/1 and had won twice in Kilbeggan in 2012.The local  connection continued in the Aintree Grand National when the brilliant Rachael Blackmore won on J.P.McManus’s  MInella Times.

The horse won his maiden hurdle at Kilbeggan in May 2018 at 9/2 and in July 2019 was second in a Beginner’s Chase at odds of 16/1, when ironically, Rachael decided to ride the stables Eamon High, who was only third.

Minella Times was bred by local breeder Cathal Ennis just a short distance from the track at Quill Farm, Castletown-Geoghegan. John Nallen bought the horse from Cathal in 2013 for just €31,000 (what a buy!). Cathal also bred good horses like Identity Thief and a mare named Papoose, whose last foal before the purchase was Ballabriggs, who won the 2011 Grand National. He famously reared the brilliant mare Annie Power, before she became a champion. Congratulations to Cathal on this deserved success.

Three races on the Friday meeting are being named after the three champions to congratulate the winning connections between 6.55 and 7.55pm. This two-day meeting should be a special occasion and maybe later this year we might see people back at the races, as they are badly missed.

Following on from the success of the likes of Dublin, Kerry and Mayo, Leitrim are the latest football team to look to the sport of Basketball in order to get the edge over their opponents.