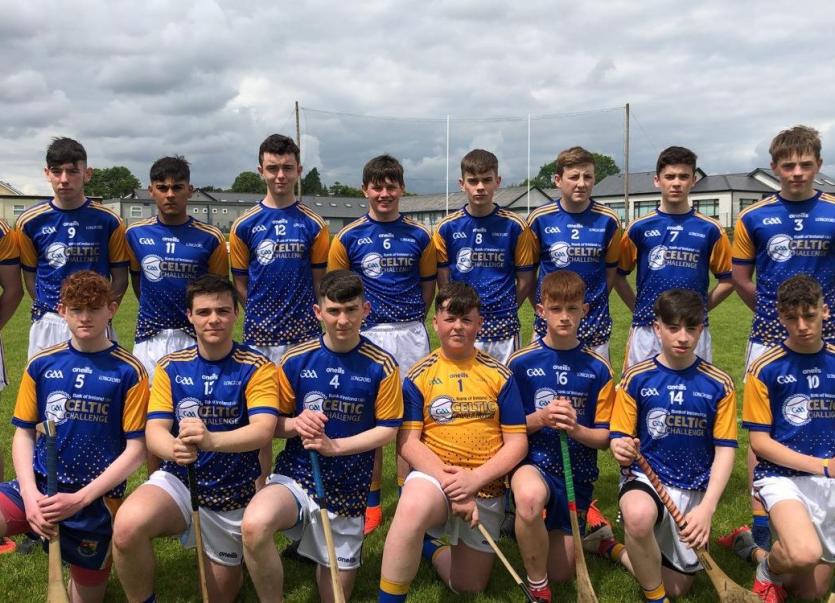 The Longford side which plays Leitrim in the Bank of Ireland GAA Celtic Challenge U17 Hurling Tom Hogan Cup Final at Bord na Móna O'Connor Park, Tullamore on Saturday, June 29 at 11.30am

Longford will face Leitrim in the Bank of Ireland GAA Celtic Challenge U17 Hurling Tom Hogan Cup Final at Bord na Móna O'Connor Park, Tullamore on Saturday, June 29 at 11.30am and if you can't make it to the big match, don't worry, as you will be able to catch all the action streamed live on #GAANOW

Longford, managed by Carol Murray, booked their place in the final after they defeated Fermanagh by 3-13 to 2-13 in a cracking semi-final encounter at Bertie Allen Park (Clonguish GAA) last Saturday.

It is a huge day for Carol as she has three sons on the squad - twins John and Stephen, and 15-year-old Adam, who captained the Longford Slashers side that captured Féile na nGael glory in 2018.

Best of luck to the Longford players and management.

@GAACelticChall final this Sat at 11:30am in BnM O'Connor Park Tullamore. Best of luck to the @OfficialLDGAA hurlers. Fantastic strides this year. #hurlingtothecore @hurling @gaaleinster pic.twitter.com/9PmMK66J9y

Should the young hurlers of Longford crown their 2019 Bank Of Ireland Celtic Challenge campaign with sliverware on Saturday, it would spark immense pride in Carol Murray, both as manager and mother@OfficialLDGAA@LDSlashersGAA

Best of luck to our U 17 Hurlers as they take on Leitrim in the Celtic Challenge for the Tom Hogan Cup in Bord Na Mona O Connor Park Tullamore on Saturday. If you can't get there it'll be shown live on #GAANOW pic.twitter.com/xR9kFGF9XU

Final session before the @GAACelticChall Final. Lads are in their new training jerseys and ready to give all for @OfficialLDGAA #hurlingtothecore pic.twitter.com/MhdSKCpukT

Seems the #heatwave is here to stay. Top tip from @ONeills1918? Charge that as you won't want to miss Saturday's LIVE stream of 6⃣ #BOICelticChallenge finals via #GAANOW & @PunditArena
☀️➡️➡️

For all the latest before, during & after visit @GAACelticChall pic.twitter.com/fbRu8tS9MC

Get ready as this Saturday the @bankofireland @GAACelticChall finals take place in Tullamore! Tune in as all six finals will be shown LIVE on #GAANOW! #BOICelticChallenge pic.twitter.com/25i9nVOPI6