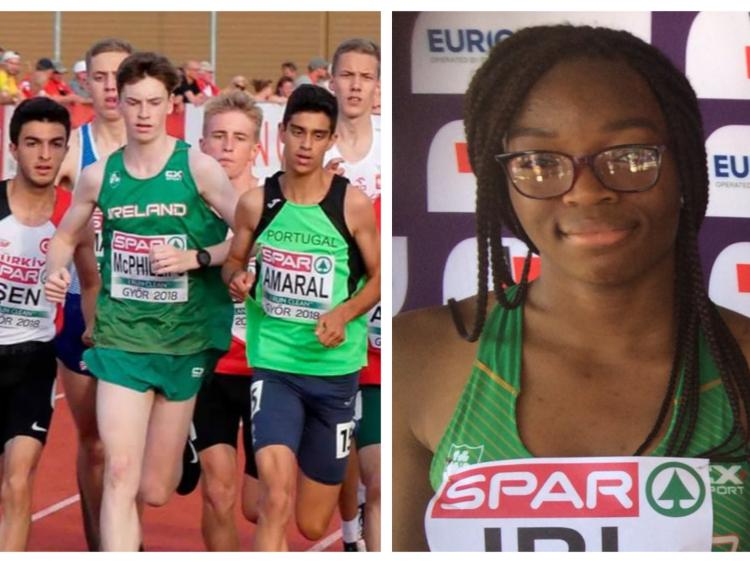 Longford Athletic Club duo, Cian McPhillips and Yemi Talabi, pictured at the European U-18 Championships in Gyor, Hungary at the start of July.

Competing in the U-18 1,500 metres, Cian was first across the line in a time of 4:21.34 and this victory merely embellishes a fantastic season that has already seen win 1,500m gold in the All-Ireland Schools, SIAB and AI National Juvenile Final.

Yemi was in action in the U-18 100 metres and she claimed the silver medal, finishing in 12.33 and behind Alicia Samuel of Wales. The Longford AC member made it double silver as she was also a member of the Irish 4x100m relay team that came second.

During the opening week of July, Cian and Yemi were part of the Irish team that competed at the European U-18 Championships in Gyor, Hungary.