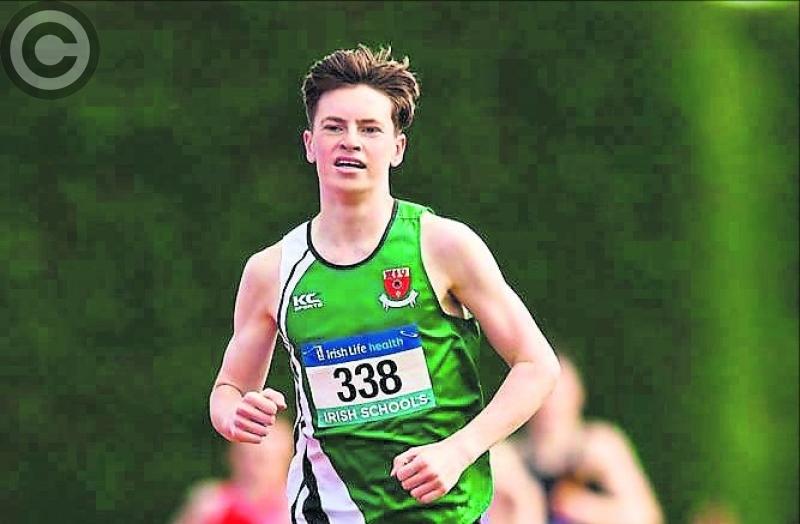 Longford athlete Cian McPhillips, winning the Boys 1,500m race in 4:04, starred for the Irish schools’ team who finished an excellent second place overall on the team standings at the SIAB Schools Track and Field International in Grangemouth, Scotland on Saturday last.

The English chariot powered its way to victory as expected but there was a host of fine performances by the Irish team which included 3 gold, 9 silver and 11 bronze medals. There were also personal bests to boot.

There were a number of stellar performances and a fine team performance.

It is really a great achievement to be selected to represent your country and a great honour for Longford AC  to have three members compete together on the same Irish team.