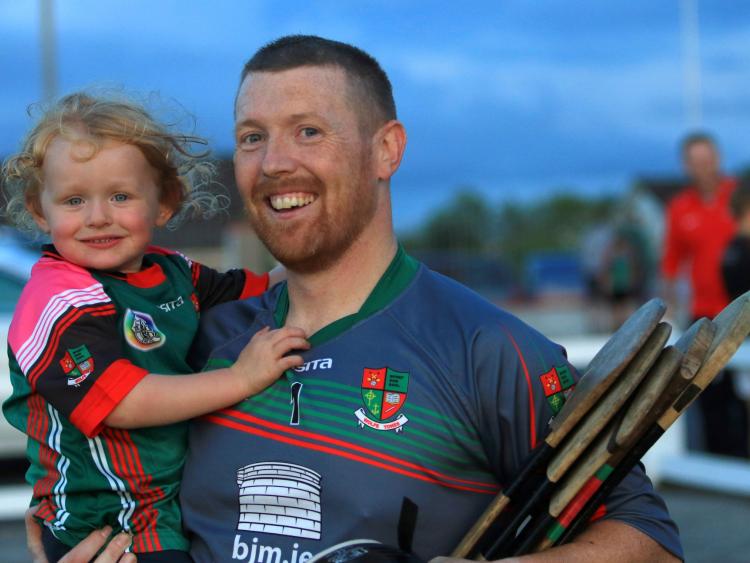 Goalkeeper Paddy Cullen was the hero for Wolfe Tones as he calmly converted a 70 metres pressure free to give the reigning Longford senior hurling champions a dramatic minimum margin victory over Longford Slashers on Friday evening in Leo Casey Park, Ballymahon.

With referee Kevin McGeeney indicating that the injury-time free would be the last action of the match, up stepped Cullen and he confidently directed the sliotar between the uprights much to the delight of the Edgeworthstown side.

Following their 1-7 to 2-6 loss at the hands of Clonguish Gaels in round one, six in-a-row seeking Wolfe Tones quite simply had to win and boy did they do it in dramatic circumstances.

The final game of the group series is scheduled for Sunday, September 2 at 12 noon in Devine Park where Longford Slashers will be fighting for their championship survival against Clonguish Gaels.

Goals by Seamus Hannon (2) and PJ Masterson helped Wolfe Tones to a 3-8 to 0-8 half-time advantage. Considering Slashers had led by 0-5 to 0-1 after 13 minutes, their defence was carved open far too easily during the second quarter.

Slashers resumed with Karl Murray in a deeper defensive role and they had the gap reduced to two goals, 1-10 to 3-10, when Wolfe Tones defender Benny Stakem was sent off in the 37th minute after picking up a second yellow card.

Slashers, despite losing both midfielders Sean Stakelum and Johnny Casey to injury, pluckily kept battling back and in the 54th minute they were awarded a penalty after Michael Morrissey was bundled over.

Dead ball specialist Eoin Donnellan clinically rattled the onion bag, bringing his personal tally to 2-10, and putting Slashers ahead for the first time since the 16th minute, 2-15 to 3-11.

With their title hanging by a thread, Wolfe Tones threw the kitchen sink at Slashers. John Newman missed a free but on sixty minutes Daniel Connell (free) levelled matters for the third and final occasion.

As the game drifted into the 4th minute of additional time, Donnellan fouled Wolfe Tones defender Thomas Stakem, and out strode Cullen from his net-minding position to perform the match winning heroics.