Founder of Share a Dream Foundation, Shay Kinsella, passes away 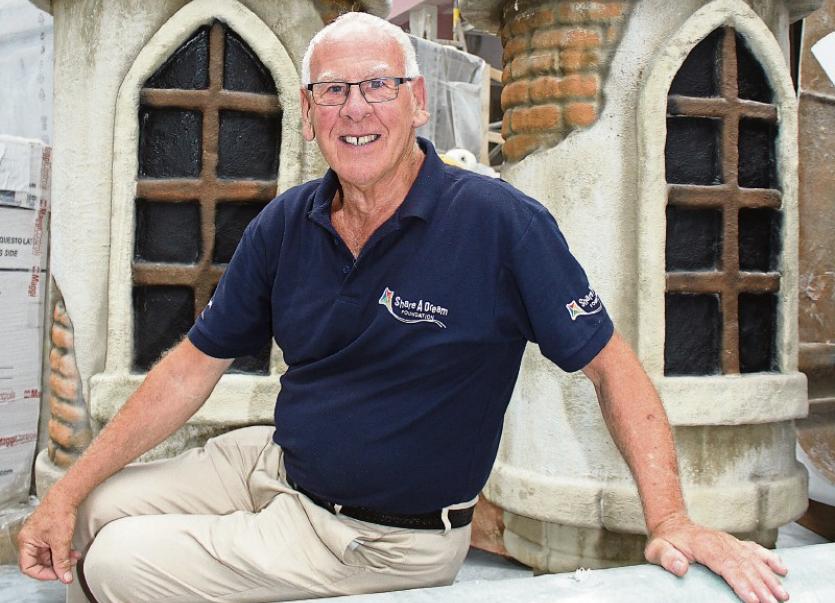 THE death has occurred of Shay Kinsella, founder of Share a Dream Foundation which helped thousands of terminally ill children throughout Ireland see their dreams come true.

A native of Wexford, Shay founded the Share A Dream Foundation in 1989 after meeting a beautiful seven year-old-girl who was fighting a terrible uphill battle with leukaemia.

Seeing what this little girl was going through in her fight to hang onto life and find some quality of life was heart-wrenching for Shay. He wondered if she had ever done anything special in her short but traumatic young life and when he was told her greatest dream was to go to Disneyland, Shay set about making her dream come true. Since then he has helped make dreams come true for thousands of terminally ill children.

The children attended concerts, went on trips to Disneyland, were honoured at the National Children of Courage Awards and Dream Ball, and enjoyed family holidays that wouldn’t have been possible without the help of the Share a Dream foundation.

Shay, who resided in Westbury, also founded the Share a Dream Foundation’s Limerick play centre on the Dublin Road in Limerick called Dreamland.

Sadly, this is the second death in recent months of high-profile members of the Share a Dream Foundation.

Just last June, Shay paid a touching tribute to his colleague Ciara Brolly, the other key driving force behind the Foundation. Ciara passed away after a four-month battle with cancer.

Shay is survived by his beloved wife Amy, children John, Anthony, Damien and Sheena. He was an adored grandad to Megan, Anna, Amy, Amelia and Elise and is sadly missed by extended family including daughters-in-law, brothers-in-law, sisters-in-law, nephews, nieces, other relatives, friends and all those whose lives he touched.

Shay will repose at home on Tuesday, July 28 for family and friends. Requiem Mass will take place in St Nicholas Church, Westbury on Wednesday  at 12 noon. Mass will be live streamed here Link. Funeral afterwards to Castlemungret Cemetery.