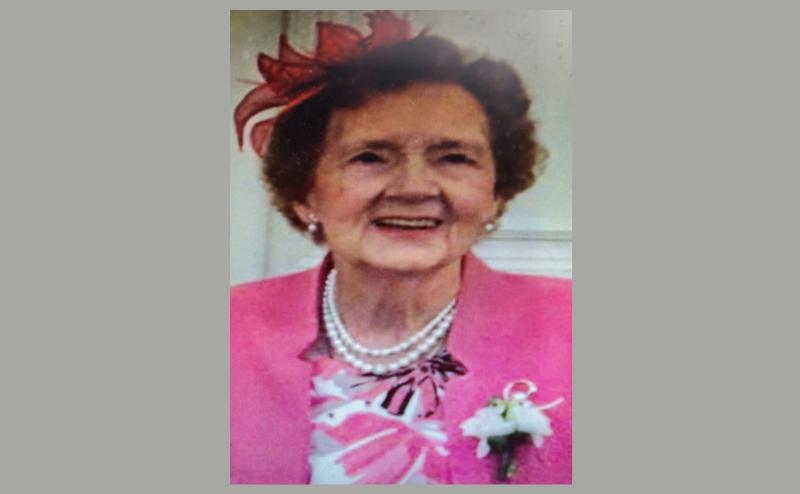 It was with deep regret that we learned of the death on Saturday, June 13 of Mrs Eithne Noonan (nee Bannon), at her home in Rath, Abbeyshrule.

Formerly Eithne Bannon, from Barney, Ardagh, she married William Noonan in 1951, a highly respected member of the local farming community and had two daughters and six sons to whom she devoted her whole life.

Following 44 years of marriage she became a widow and adjusted to life on her own. She was a lovely, stylish, hard-working lady, a great cook and homemaker with an infectious smile and a very pleasant personality which endeared her to the many she encountered.

She had a great strong faith and was devoted to her children, her grandchildren and great-grandchildren, she always spoke of them with great pride.

Eithne was very active in the local Church and community as a Eucharistic Minister and reader in her church and enjoyed her time on a number of Pilgrimages to Lourdes.

As Secretary of the local Club ’91 for a long number of years where she was very popular and highly respected by all the members, she helped organise events and outings for the active age community.

Eithne was a much-admired member of Ballymahon Bridge Club, an astute card player, playing twice a week and returned twice a week to Barney, Ardagh to play 25 with her brothers and sisters.

Eithne was in her 90th year when she passed away and loved music and dancing all her life and also social gatherings spending time with her family, friends and neighbours. She will be sadly missed.

Singer at the Mass was Ann Keenan with the music by Eithne’s grandchildren Miriam and Avril Walsh. Graveside music was performed by Avril, Teresa, John and David. She would have been so proud to hear them all.  She was laid to rest in the adjoining cemetery.

May her dear Soul rest in peace.