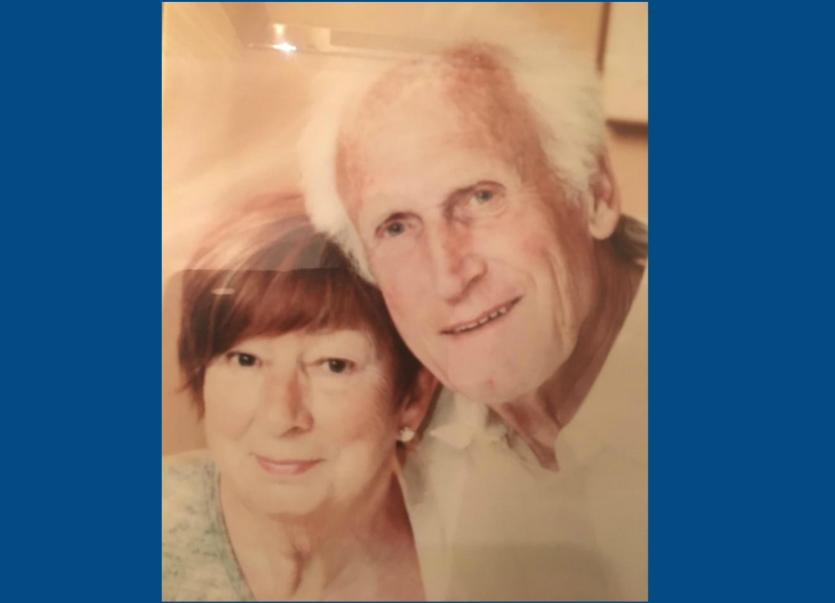 The people of Ballymahon were all shocked and very saddened when they heard of the sudden death on April 23, 2020 of Mrs Annie Cecilia Eidson (nee Noonan), Sowerby Bridge, in West Yorkshire, England and formerly Main Street, Ballymahon.

Nancy, as she was affectionately known, died of a broken heart just four short days after her husband Stefon, who suffered with Alzheimer’s disease, passed away on April 19, 2020.

Daughter of the late Francie and Mary, Lower Main Street, Ballymahon and also predeceased by her siblings May, Mickie, Nuala, Olive and Gerry; Nancy was born on September 27, 1948 and arrived in Halifax, West Yorkshire aged only 16 to study nursing at Halifax General Hospital.

Her career led her in many directions including working in the Maternity ward, becoming a School Nurse and running a family planning unit in the local community.

Her career certainly suited her as she was a lady who made a lasting impression on the lives of so many she touched.

Nancy was a lovely, caring lady, who loved her flowers and gardening and also music. She was a very outgoing and jolly person who loved to socialise.

Her husband Stefon, a thorough gentleman, built a lovely home on the Golf course road in Glasson about thirty years ago to which they returned three times a year visiting their family in the area and always enjoyed their nights out in their good friends, Tommy and Breege Murray's pub and other local pubs when they met up with their many friends.

Both of them have always been popular here and very highly respected.

They will be dearly missed by all who had the pleasure of knowing them.

They celebrated 50 years of marriage last year and had two sons, whom they always spoke so highly of. Gary was born in 1972 and Mark came along in 1976.

Stefon was in the Carpentry and Joinery business for a long number of years and set up his business Thor Homecare back in 1978 which is now being run by his son Gary.

They were both laid to rest on Friday last in West Yorkshire when Jamie Noonan, son of Eddie and Bernie travelled from London to be with his cousins at this sad time.

We extend our sincere sympathy to their sons Gary and Mark, Gary’s wife Gillian, Nancy’s brothers Johnny (England), Pete (Ballymahon), Eddie (Rathmore) and sister Rita (Geraghty, Ballymore), to all the Noonan and Eidson family, extended family and many friends.

May their dear souls rest in peace.