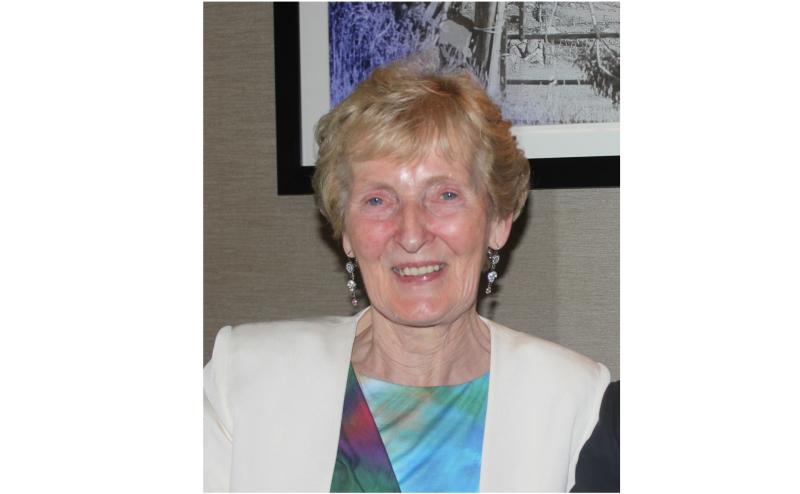 The death of Carmel Casey, Carrowstrawley, Lanesboro, at her home, on Tuesday, April 3, was greeted with great sadness and regret.

Carmel (née Dowd) was from one of the oldest and most respected families in Lanesboro/Ballyleague.

Carmel was a teacher of Irish and history in the Convent of Mercy, Lanesboro for a number of years. She then moved to the Mercy Secondary school in Ballymahon where she spent many happy years until her retirement.

Carmel always encouraged her students helping them to reach their full potential and she left a lasting legacy, with her past pupils having wonderful praise of her.

She was a devout lady, with a terrific devotion to her husband Jimmy (former Principal of St Mary's National School, Newtowncashel), her family Caitríona, James, Ciara and the late Elizabeth, sons-in-law Anthony and Brian and daughter-in-law Serena, grandchildren Conn, Rory, Michael, Ella, Ruby, Dan, Maya, Áine and the late Dara, sisters Bridie, Anna, Máirín, Olive and extended family, and to her Catholic faith.

Carmel was a woman of great sincerity and a great neighbour with a discreet manner. Her genuineness and sincerity were clearly evident in the way she lived her life and her awareness of the need to help anyone in their time of need.

Carmel’s passing, following a prolonged illness faced with great courage and dignity, will leave a great void in the hearts of so many people as could be seen at the reposing of her remains at her home in Carrowstrawley and again at her Funeral Mass.

Carmel’s remains reposed at her home in Carrowstrawley on Wednesday, April 4 and removal took place the following morning to St Mary’s Church, Lanesboro for her Requiem Mass. She was laid to rest in Rathcline cemetery.