A commemorative plaque in memory of the late Danny McGee, who tragically lost his life in November 2018 as a result of a one-punch assault, has been unveiled at St Christopher’s newest day centre in Longford town. 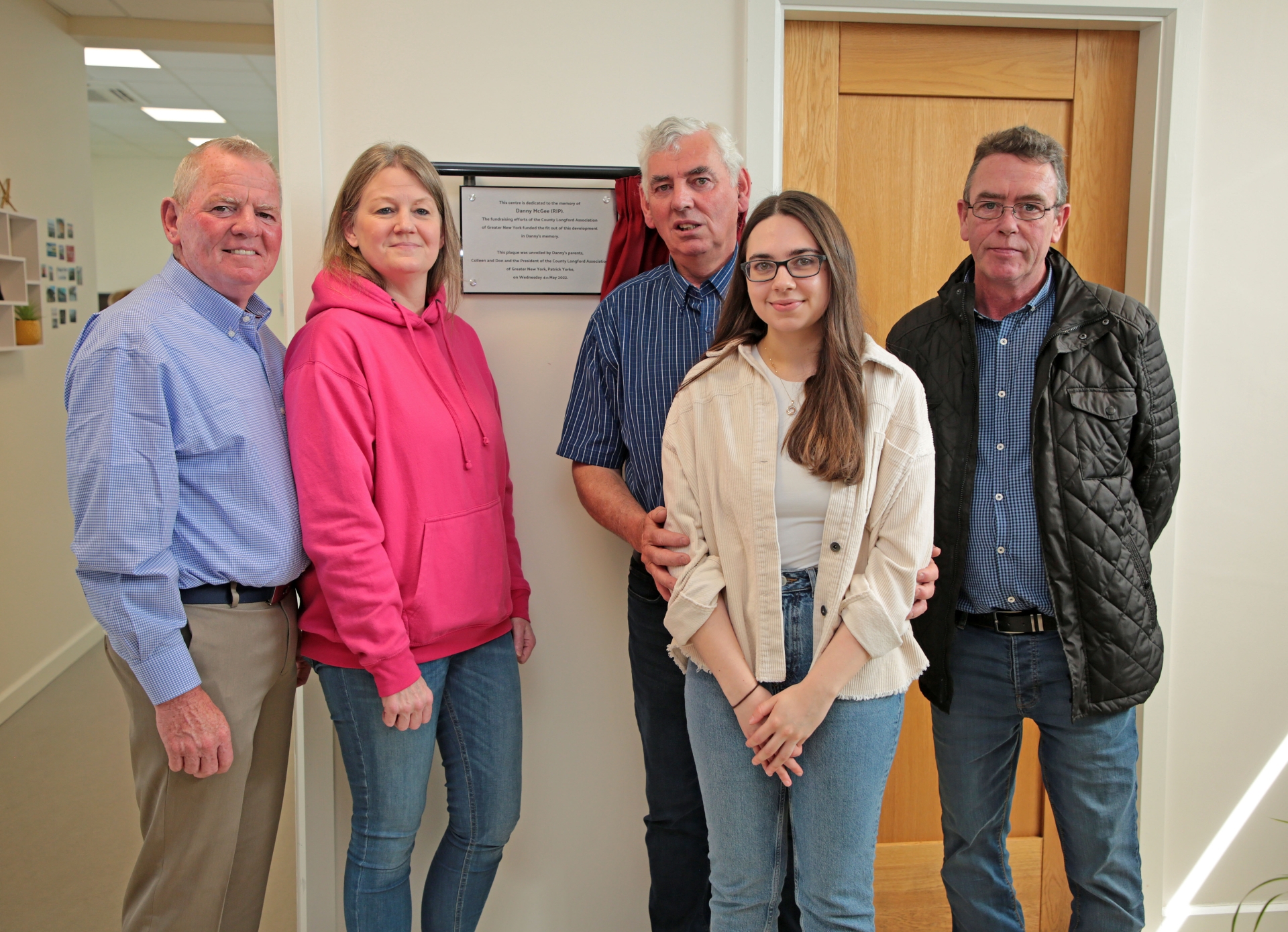 Chief Executive Officer of St Christopher’s Derek Scanlon said a large part of the new centre’s fit out was facilitated via extensive fundraising both at home and in the US in Danny’s memory.

Danny was a talented sportsman, excelling in gaelic football and soccer.

“He was a true gentleman”.

“It is both poignant and fitting that we are dedicating this centre to Danny’s memory,” said Mr Scanlon.

“The centre caters for young adults from 18 to 30 years, and it will be a long-lasting tribute to Danny and his memory into the future.

"The centre is available for school leavers who learn a range of activities and take part in programmes and activities in the community using the centre as their base.”

The much loved and respected 21-year-old was killed in a one punch incident in New York three-and-a-half years ago.

Dublin man Steven O’Brien (26) was sentenced to six months for the assault which killed the former Fr Manning Gaels player outside of a bar in Queens shortly before 4am on November 22, 2018.

“We were privileged to have Danny’s parents, Colleen, and Don with us to unveil the plaque along with the President of the County Longford Association of Greater New York, Patrick Yorke,” added Mr Scanlon.

“We are indebted to those who fundraised in New York and at home and in particular I would also like to thank Martin Mulleady and the fundraisers here in Longford."