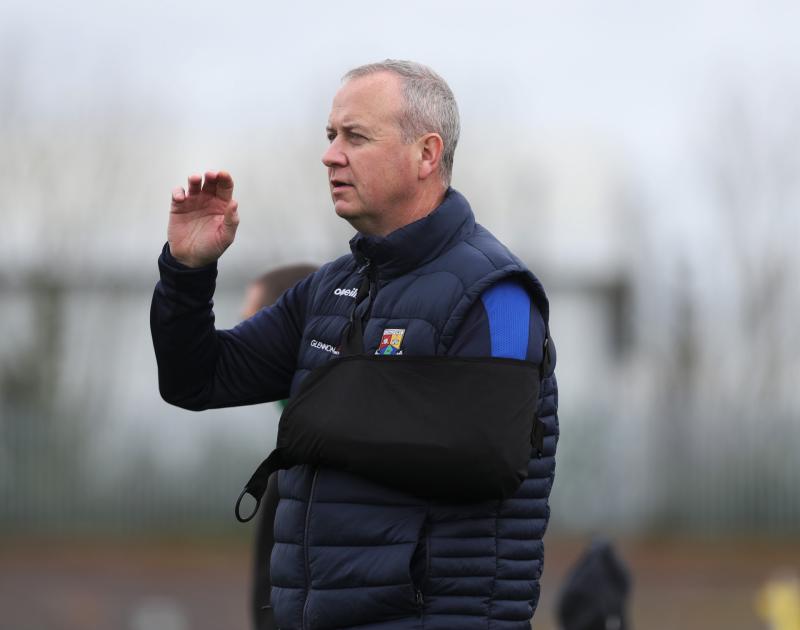 Longford manager Adrian Moran was very happy with the character shown by his players in their win over Lancashire and he believes they won't be intimidated by the challenge of Louth Pic: Syl Healy

After Saturday's vital victory over Lancashire, Longford senior hurling manager Adrian Moran, agreed that the comeback victory demonstrated the resilience and mental strength that exists within the squad.

He explained, “Absolutely, it was a fantastic turnaround to win the match. There is great character within the group. They are a band of brothers who work hard for each other, and thankfully, they reaped the rewards in the last fifteen minutes. We thought at half-time that victory was within our grasp, the lads dug deep and got the result in the end.”

Cian Kavanagh got Longford's first point from play in the 47th minute, and Lancashire then responded with their goal, and that seemed to ignite the game and give Longford lift-off.

Adrian agreed, “Lancashire came here after losing (1-10 to 2-27 against Louth) last week knowing like ourselves, that defeat for either side would seriously leave their ambitions of reaching the Lory Meagher Final hanging by a thread. Longford have great talent and we are trying to develop a brand of hurling that is different to what the lads are used to.

“We are getting the chances and converting most of our point opportunities, but we are not clinical enough with our goal chances. So, we will have to work hard on that aspect of our game during the week. We are all working really hard, the players and the management. We are also getting great support from the County Board and the likes of Clonguish, Slashers and Killashee in the use of their excellent facilities.”

With the odds stacked against, Longford registered ten of the last eleven points of the encounter, with Aidan Sheridan’s point putting them ahead.

Adrian remarked, “Aidan is typical of the character that I am speaking about. Aidan started last week, but he did not start this week. He came off the bench in a forward position today, whereas last week against Leitrim, he started at corner-back, and today against Lancashire, he got that great score to put us ahead. That's typical of the character and spirit within the whole group. It doesn't matter who gets the scores, as long as we win at the end.”

Longford felt they should have had a first half penalty when Micheál Mulcahy looked to have been fouled and the manager agreed.

“Yes, it looked like a penalty, but we didn't get the call. Everyone has a different perspective and sometimes it is difficult for the man in the middle to see everything. We did get the rub of the green with some other calls, so it evens itself out. Micheal has not played much hurling recently due to injuries and exams, but it's about the panel and we used three or four subs again today, and they all contributed to the win.”

Longford’s next assignment in the Lory Meagher Cup is a home tie against Louth, a county operating at a higher league level than Longford, playing in Division 3A, so a tough encounter awaits.

Adrian concluded, “Yes, it's another massive challenge for us. Louth may have been playing in a higher division than ourselves, but I believe that our squad is capable of hurling at that level, so we have a good chance of victory against Louth. It's championship hurling, so I am asking Longford GAA supporters to come out on Saturday and support the lads.”