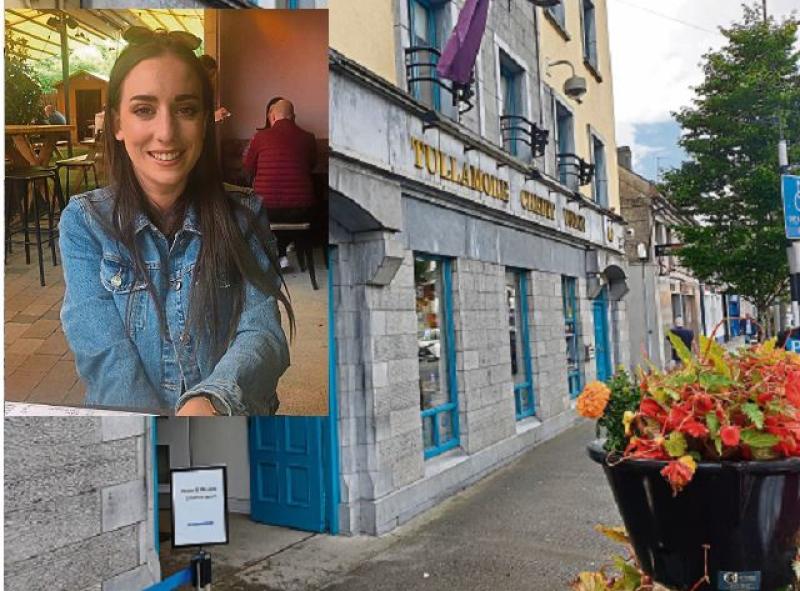 TULLAMORE Credit Union has issued a written apology to a young woman who was named in error as the winner of a new car in a members' draw.

Mountbolus social science graduate Sarah Byrne, who had passed her driving test a fortnight earlier, was delighted to learn on June 4 that she was the winner of a new Ford Focus in a draw livestreamed on Facebook.

Though the 24-year-old was named at least twice as the winner, in an announcement followed by hundreds of people live, her joy was short-lived.

A few seconds after her name is called, consultations can be seen taking place, the word “apologies” can be heard, and then another person is named as the winner instead.

Sarah was not watching the draw herself but she revealed to the Tribune: “I received many congratulatory calls from friends and you can imagine my delight with this news especially as I only passed my driving test two weeks ago and am returning to college to do a self-financed master’s degree.”

She added: “I waited for a call from the Credit Union and when none came, I was compelled to call myself. The response I received was utterly unsatisfactory and very dismissive, basically I was told 'Oh yes sorry we called out the wrong name and we can send you a bunch of flowers'.

“I was devastated and on reflection quite angry.”

She said it seemed incredible a mistake of that magnitude “could be made so easily and dismissed so easily”.

“It is also my opinion that the minute the mistake was noticed then the raffle should have been declared null and void and started again.”

She contacted that Credit Union seeking an explanation and an apology for the “unnecessary hurt and deflation” caused her when she realised she had not won the car.

“I’m sure there is not a man or woman alive that wouldn’t feel the same after being told they had won such a wonderful prize and then have it taken off them without any real explanation or any worthwhile offer of compensation for the unnecessary hurt caused to them.

“I have been a member of the Credit Union since I was a child and paying into this draw since I was 18, along with many other people and for something like this to happen and to be treated in such a manner is most disappointing and quite frankly outrageous.”

Flowers were delivered to the family home by the Credit Union. “I didn't accept the flowers. I sent them back,” said Sarah.

Sarah sent an email to the Credit Union on June 6 and received a reply last Friday, June 18.

The letter, signed by Dennis Daly, CEO, and Peter Hensey, chair of the prize draw committee, said the matter was reviewed and investigated fully.

“At the outset, we would like to express our sincere apologies for the unnecessary disappointment that you felt, as a consequence of our Members Prize Draw on 4th June last,” the letter said.

“As a long standing member of our credit union, who has been a participant of our draw for a number of years, we appreciate and understand your disappointment and distress.”

The letter says independent adjudicators are present during the draw because the Credit Union has a duty to it members “to ensure that all of our processes and procedures are conducted to the highest standards”.

The letter explains how the draw is conducted, including the fact that the number assigned to each participant in it is different from their account number.

The winning number is drawn from a drum and the corresponding name is checked and verified against the register of entries.

“In this instance however, the manager in camera-view called the incorrect name, which was not the name associated with the winning draw number,” the letter said.

“As can be clearly seen in footage of the draw, the independent external adjudicator immediately advised that the name announced (your name) did not, in fact, match the corresponding winning number in the register of entries when checked by the adjudicators.”

The draw was then “paused and did not proceed” until verification was confirmed.

“The verfication process clearly identified that an unfortunate human error had occurred.”

The draw then continued with another 21 prizes awarded, including a log cabin and 20 prizes of €1,000 each.

Ms Byrne was told that compensation for her was not “warranted” because the number drawn was not her number and the error was “immediately identified and corrected”.

“Again, we sincerely apologise for the hurt and disappointment that you understandably feel, however, having conducted an internal investigation, the draw was deemed valid.”

There were 6,558 valid entries and footage of the draw, which was still available for viewing on Facebook early this week, indicated there were no difficulties with the remaining 21 prizes.

Sarah pointed out this week that the letter did not explain why her name had been called out as the winner.

“While I was upset by the outcome what I was really upset about was the reaction of the CU (Credit Union) and how they didn't get in touch to let me know what had happened and proceeded to act like it was no big deal.”

She said the Credit Union only communicated with her when she made contact with them, both by telephone and in writing.

Meanwhile, she is returning to drive the 2006-registered Toyota Corolla she bought before the draw, as she continues her preparations for a master's degree in social work at NUI Maynooth. “At this stage, what can I do?” she remarked.