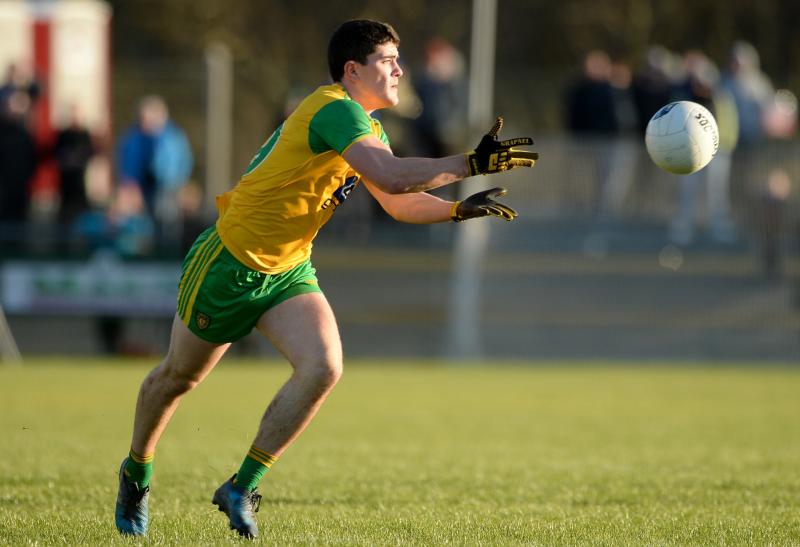 An ex-Donegal GAA star who was knocked out with a punch, fracturing his jaw, told Sligo District Court that his attacker deserved a second chance.

Stephen McBrearty told a court that he needed six screws in his jaw and could not eat solid food for six weeks after Joe Curran (25) from Altons, Templeboy, Co. Sligo, knocked him unconscious in a one punch attack in Sligo in 2019.

The screws were left in Mr McBrearty’s jaw for six months.

Mr McBrearty said that he had no memory of the incident and was treated in Sligo University Hospital and subsequently in Altnagelvin Hospital in Derry.

Mr McBrearty (25), who is from Kilcar, told the court the defendant “seemed to be a genuine person”.

On getting a letter of apology from the defendant, Mr McBrearty said: “I believe in people getting a second chance.

“He is a genuine person, and he deserves a second chance”.

Judge Kevin Kilrane complimented the victim for the fair, forgiving and decent way he approached the case and for his willingness to give the defendant a second chance.

Mr McBrearty told the court he got an “uppercut” from the defendant on the date in question and had a fractured jaw.

He said it happened outside the Garavogue Bar, but he was not sure how it happened.

“I don’t remember as I was knocked out,” he said.

Mr McBrearty added that he did not know his attacker and had no previous interaction with him.

Sergeant Derek Butler told the court that an ambulance was at the scene at Stephen Street when gardai came on the scene after a report of an assault at 3 am.

The victim was brought to Sligo University Hospital.

The victim, Stephen McBrearty, made a statement of complaint at Carrick Garda station in Donegal on October 17, 2019.

The incident was captured on CCTV.

A group of males were pushing and shoving, and the defendant was identified as the man who punched the victim.

Mr McBrearty told the court he was not able to eat solid foods for six weeks and he lost a lot of weight.

He said he worked in a factory in Kilcar and lost €700 of work as a result of the assault.

He added that he had to visit Altnagelvin Hospital for check-ups up to five or six times.

He admitted that he got a letter of apology from the defendant on April 23.

The court heard the defendant had no previous convictions.

Defence solicitor Tom MacSharry asked Mr McBrearty if he accepted that it was a genuine apology.

Mr McBrearty said that “you could tell from the letter that he is a genuine person and drink probably got the better of him.”.

Mr MacSharry thanked the witness saying, “he knows you did suffer, and he is grateful for that.”

The witness agreed that drink was taken by all parties on the night in question, but “it was not over the top on my behalf”.

Mr MacSharry said his client and Mr McBrearty were not the initial aggressors.

The matter was between Mr McBrearty’s friend and Mr MacSharry’s client’s friend.

Mr MacSharry said it was a “one punch assault”.

Sergeant Butler said it was a big blow to the jaw of Stephen McBrearty who was knocked to the ground.

The defendant also hit another man.

Mr MacSharry said the defendant had made enquiries about Mr McBreaty’s well-being.

He added that his client put his head down and sadly he hit Mr McBrearty.

The defendant had shown gardai a high level of co-operation and identified himself in the footage and he did not shy away.

The defendant was a 25-year-old man who had a “good job in farming”, was never in court before and the testimonials in court showed that this incident was out of character.

Mr MaSharry said the defendant was eager to come up with compensation from €5,000-€10,000 and a conviction would cause him very serious difficulties in terms of employment.

The defendant was very much at the mercy of the court, and knew that this was a very serious matter.

Mr McBrearty had accepted his apology.

Judge Kevin Kilrane said an aggravating fact was there was no provocation, and an innocent party was seriously assaulted just because he happened to be there.

In his drunken state the defendant wrongly assumed that the victim was of the earlier pushing and shoving and knocked unconscious.

Judge Kilrane said he had spoken about one punch assaults before and that they could result in brain injury or in some cases even actual death.

Mitigating factors were the early plea, co-operation, expression of remorse and the victim had accepted the bona fides of that remorse and the defendant had no previous convictions.

Judge Kilrane said the defendant must come up with €7,500 by next week to avoid a conviction. 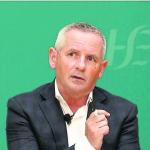 Longford needs to get fair share of sports funding pot