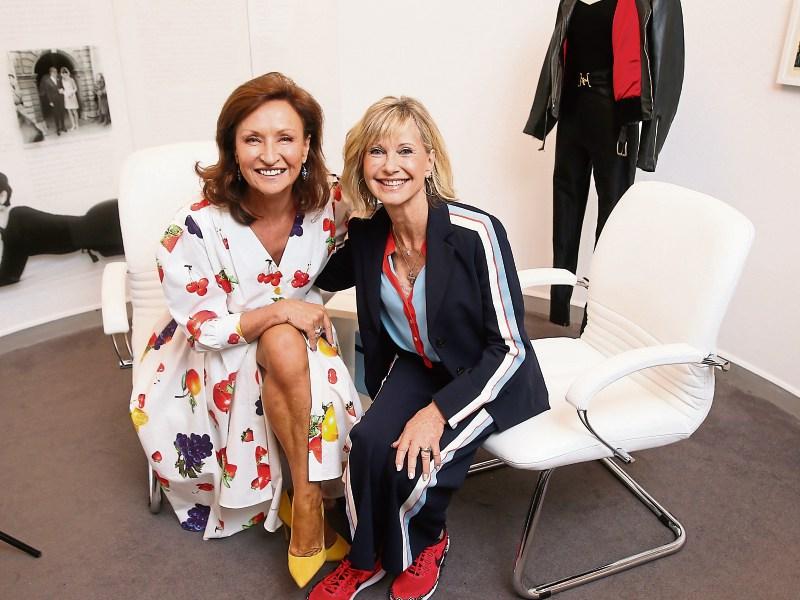 She's the one that we want!

Also read: Will Ballymahon girl Maura Higgins and her Love Island partner Curtis make it to the finale?

The English-born Australian singer and actress shot to global stardom for her star role as Sandy in the immortal 1978 film Grease, and was nominated for a Golden Globe for her efforts, as well as singing on the films best-selling soundtrack.

Speaking about her chat with Ms Newton-John, Celia revealed that she still looks “sensational” at 70 years of age.

Celia told us that the star believes that the “the Irish accent is beautiful.”

“Meeting Olivia Newton-John was one of the highlights of my career – it was so great to have met her as she was so kind and gracious” said Celia.

“She told me that she actually had to be sewn into those leather trousers at the end of Grease!”

Olivia Newton John was in Kildare to launch a display of her most iconic outfits – including her famous skin-tight leather trousers and jacket worn in the final number of Grease – which are due to go to auction this November to raise funds for the Olivia Newton-John Cancer Wellness and Research Centre.

The various items will go on display at The Museum of Style Icons in Newbridge before they go under the hammer on November 1 and 2.

Also read: Longford Summer fest is back to it's glorious best!