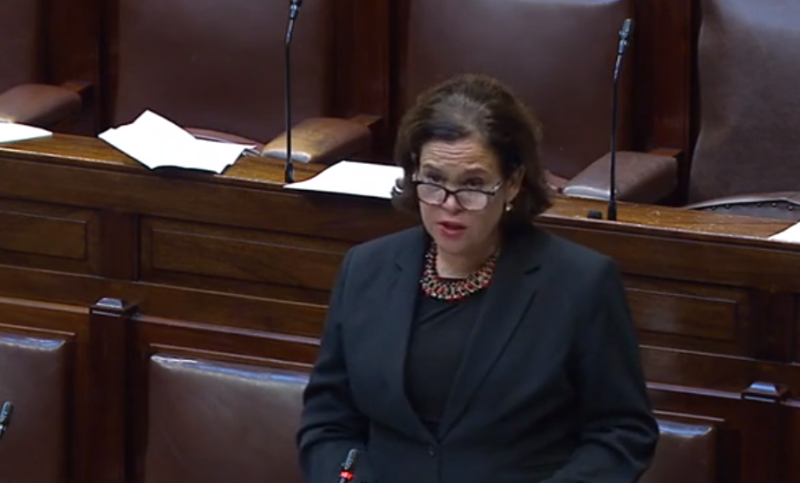 A TD is calling on the government to address the "chronic shortage" of refuge places for victims of domestic violence.

Deputy Mary Lou McDonald made the comments in the Dáil yesterday condemning the lack of refuges, stating, "This is a national crisis."

According to the deputy, there are currently 140 refuge places in the State, despite an obligation by the Istanbul Convention to have 498 available.

Deputy McDonald said, "Between September and December last year, 808 requests for a refuge went unmet. In June, the Taoiseach told the Dáil that he was committed to implementing Istanbul and creating more refuge facilities but that has not happened. It is scandalous that the recent budget contained no specific commitment to provide additional refuge places.

"The lack of an exit route sees women and children staying longer in abusive homes. I and others raise this crisis year after year and nothing changes. What urgent action will be taken to ensure every woman who cries out for help is given the protection of refuge?"

Taoiseach Micheál Martin told the deputy that the matter is receiving "the active and ongoing engagement of the ministers, deputies O'Gorman, Darragh O'Brien and McEntee".

He said, "Additional resources were provided in the budget. The working through and the consultations with key stakeholders on the strategy continue. We want to arrive at a situation where in all parts of the country facilities, refuge and supports are provided to victims of domestic violence."

Longford community groups affected by the continued fallout from the pandemic have been given a €260,000 shot in the arm by the Government.