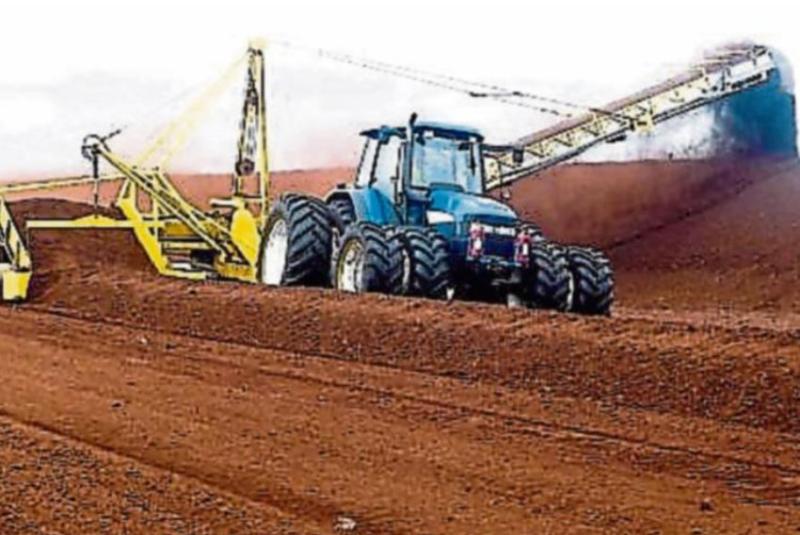 Thing of the past: peat production on Bord na Mona bogs has ceased

THE transition to renewable energy must take place and Bord na Mona will be at the heart of it, junior minister for enterprise Robert Troy said on Monday.

The minister added: “And it can be difficult and it can have consequences that none of us want to acknowledge but unfortunately we have climate targets that we must achieve and to achieve them we have to make the change.”

He said while that change is being made, Bord na Mona must play a pivotal role in ensuring they are a “central player economically in the area that they're located”.

“I think today is a part of that process as they launch their Accelerate Green programme. Bord na Mona are once again committing that they are there again to support industry economically in this region.

IFA held four regional rallies in Cavan, Roscommon, Portlaoise and Cork last Friday to protest on the streets over fears for the future of their industry.

Minister Troy said he was at the Dubai Expo last week where the central focus was on sustainability and energy efficiency in a region whose primary focus down through the years had been on oil and gas reserves.

“When you see a region like that totally and utterly focussed on making that transition to green and renewable you realise that the change is happening, the change is now”.

Mark Christal, manager of the regions and entrepreneurship division in Enterprise Ireland, said his agency is supporting Bord na Mona's efforts because entreprenuers looking to scale their business “will be able to access the necessary tools and supports in transition to a green, low carbon economy”.

David Scanlon, director of Resolve Partners, which will deliver the Accelerate Green programme in Boora, said the opportunity in the green economy is “immense”.

“The UN estimates that there is a 20 trillion dollar gap in value between now and 2030 to achieve the targets of the Paris Agreement.”

The Accelerate Green programme at Boora will see between seven and 10 companies brought together at Boora for an intensive series of hothousing sessions in spring 2022.

The programme will have three broad pillars - renewable energy, carbon and emissions reduction and waste management.

Bord na Mona chief executive Tom Donnellan said he hopes the programme will “deliver significant opportunities” and some companies will “become bigger companies and major employers in the region”.

He said the launch of the Accelerate Green programme was a “call to action” to companies or people with ideas.

The Boora works, which is located beside the Lough Boora Discovery Park visitor attraction, was formerly the headquarters of Bord na Mona's peat production.

Turf harvesting has ceased and peat briquettes will no longer be manufactured at Derrinlough when current supplies run out.

The peat-fired power stations in Shannonbridge and Lanesboro have been switched off.

The electricity generating station owned by Bord na Mona near Clonbullogue, Edenderry Power, is partly powered by milled peat but the company is planning to convert it to a full biomass fuel load.