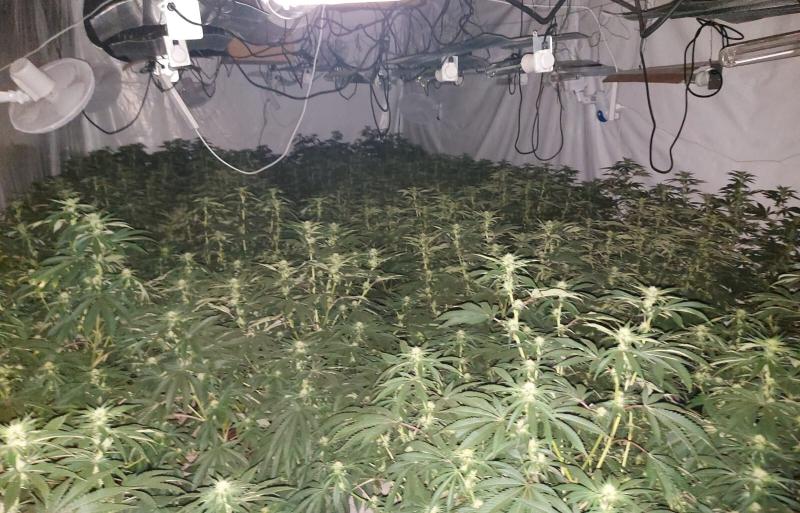 The cannabis seized by Gardaí earlier this morning

Gardaí  have arrested three men and seized over €380,000 worth of cannabis in two separate searches carried out today.

The operation, led by the Louth Divisional Drug Squad, saw three men aged in their 20s, 30s and 40s arrested while €384,000 worth of cannabis was seized.

According to Gardaí, the operation targeted the cultivation and manufacture of cannabis that was to be sold onward and distributed across Drogheda and surrounding areas.

Gardaí have said that a number of searches were carried out under warrant at suspected cannabis growhouses.

One of these searches, at a house in Drogheda, saw approximately 80 fully mature cannabis plants seized with an estimated street value of €64,000. 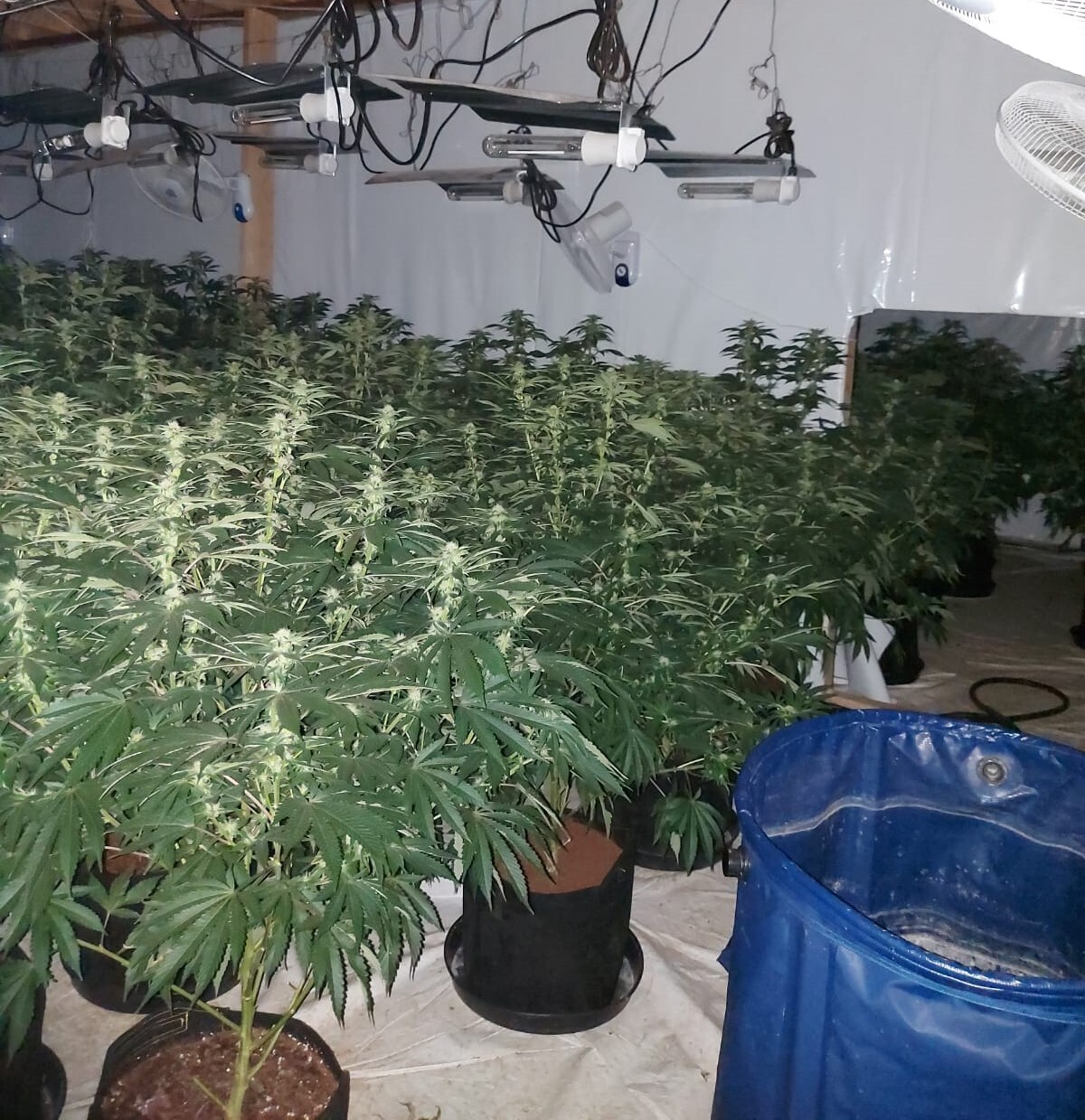 Gardaí released a photo of one of the growhouses

A second search was carried out in Edenderry Co Offaly saw the seizure of approximately 400 fully mature cannabis plants with an estimated street value of €320,000.

The three men (20s, 30s, 40s) are currently being detained in both Drogheda and Balbriggan Garda Station under Section 2 of the Criminal Justice (Drug Trafficking) Act, 1996.

According to Gardaí, the search operation was conducted by Louth Divisional Drug Unit with assistance from Drogheda Detective and Crime Unit, the Drogheda Community Action Team, Ardee Detective Unit, the Armed Support Unit and the Air Support Unit.