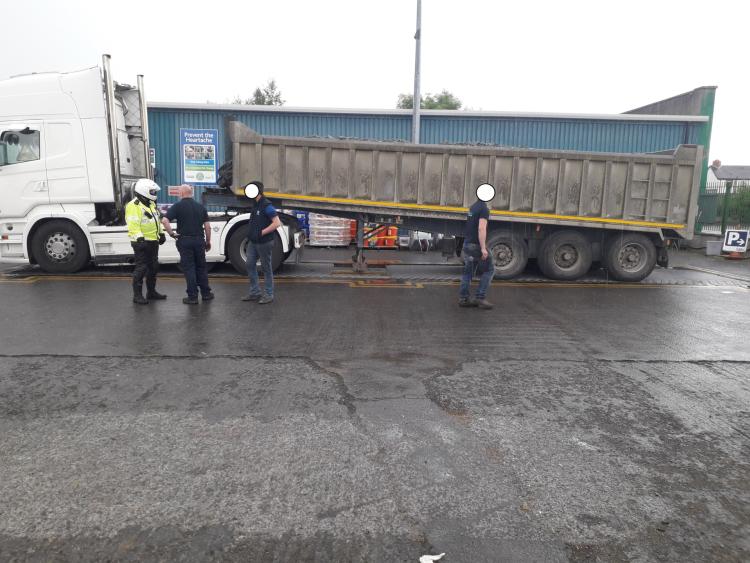 An Garda Síochána say a truck driver stopped in Granard, Co Longford yesterday will have to 'weigh' up his options after it was discovered that he was driving with no tax or insurance, and that he was hauling an excessively heavy load.

There was no certificate of road worthiness for the truck and the tachograph information was incorrect.

Truck stopped in Granard no tax/ Insurance /Cert of Roadworthiness then to make things worse! checked tachograph driver was using different driver info truck was weighed it was carrying a load greater than weighbridge could weigh.Driver will have to ‘weigh’ up his options. pic.twitter.com/VCEYSLzBwP

Responding to the An Garda Síochána tweet, one man tweeted, "It’s frightening that law-abiding motorists are sharing road space with people who have absolutely no regard for the law or safety of others."

Also read: Motorcyclists urged to be vigilant over summer months

Another tweeted, "Thank you once again for taking these dangerous drivers off our roads. Truck should be impounded for 6 months. Hit the owner in the pocket. That will soon stop the risk taking."

Meanwhile, three weeks ago, Gardaí detected a driver travelling at double the speed limit in a 50km zone.