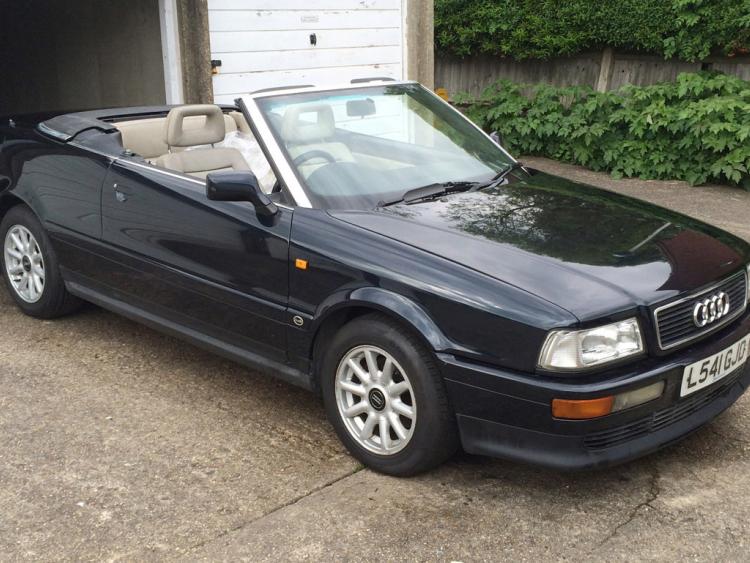 A 1994 Audi Cabriolet driven by Diana, Princes of Wales is going under the hammer at Coys .s

A 1994 Audi Cabriolet driven by Diana, Princess of Wales is going under the hammer at Coys auction at Blenheim Palace this Saturday, July 15.

The Audi is tipped to make between £35,000 and £40,000, having been driven by one of the most influential female figures of this century. It was loaned to her for her personal use by Dovercourt Audi of St Johns Wood and comes up for sale just a few days after another Audi, also used by her, went under the hammer.

The car remains registered as L541 GJD and has been out of the public eye in storage for many years. The current vendor purchased it in 2004 and used it as an everyday family car until 2009 then placed it in storage, once the full importance of the vehicle became apparent. The car has been captured in numerous press images showing the Princess stepping in and out of the Audi with the number plate clearly visible.

The auction is set against the backdrop of the historic Blenheim Palace, birthplace of Winston Churchill and World Heritage site, and offers a fantastic selection of classic and sports cars, including a 1926 Bugatti Type 37 with only two owners since 1940 and period competition history at Brooklands and Shelsley Walsh.

The car, estimated £400,000 to £600,000, is one of three Type 37s supplied in 1926 to Bugatti agent and world speed record holder Malcolm Campbell. He sold the Bugatti to W. B. Scott (Bummer to his friends), who raced it at Brooklands. The car changed hands a few times over the coming years before being purchased by R. MacLeod-Carey in 1934, who invested in several modifications to improve performance. In 1940, he sold the car to Mr Dudley Gahagan, who owned it for a somewhat incredible 57 years before bequeathing the car to the current vendor in 1997.

Gahagan was well established in the classic car world, being involved in the early days of the Vintage Sports-Car Club and running the classic restoration business Rees Brothers of Aldershot in Hampshire for many years. He campaigned his beloved Type 37 at numerous hill climbs, time and speed trials, including the Prescott Hill Climb, Goodwood, Brighton Speed Trials, and the then newly created Silverstone track on over 20 occasions from 1949 through to 1992.

The Type 37 enjoyed a well-earned comprehensive restoration from 2002 to 2008, and since has been used sparingly. It is also still offered with its original chassis, gearbox, and both front and rear axles.

In addition, Coys will host their traditional and prestigious summer Concours d’Elegance curated by Chief Judge and historic motor racing authority Julius Thurgood with a broad selection of some of the finest and most important classic motor cars in Britain, which are available to view and admire.