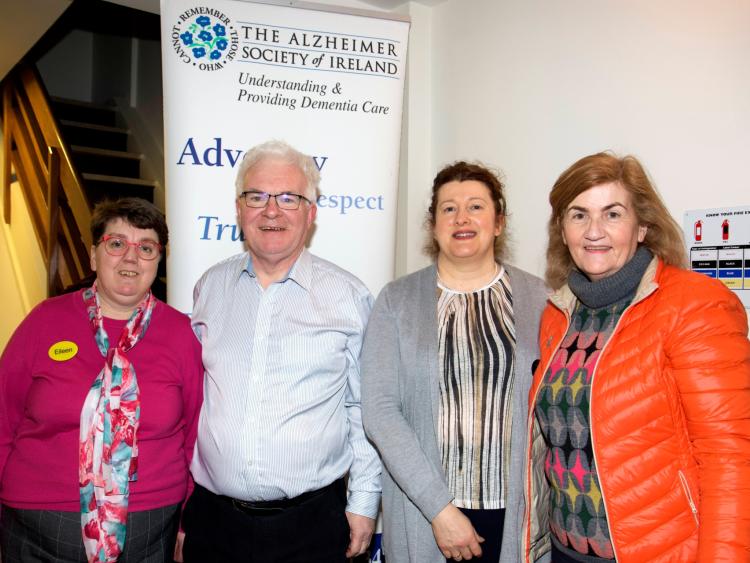 The Longford branch of The Alzheimer Society of Ireland (ASI) has been in operation for well over 30 years, offering support services to people with dementia and their families.

For the Longford branch of the ASI, work to get the team to this point began as far back as 1982.

Coordinator for Longford ASI, Breda Dunne explained, “The Longford Branch was originally founded in 1982, by a small group of people with one member caring for her mother who had Dementia.

“It was from that experience that a few people got together and formed a team to support each other in relation to Dementia.

“From there it developed over the years. Here we are in 2019, still going strong.”

This work was not in vain and by 1994, Longford’s Branch of ASI was established in order to provide support to people with dementia and their carers in the Longford area.

From here, the Longford Branch progressed to establish a home care service in 2000, which was part-funded by the HSE and consisted of trained home care workers specific to dementia care going into the homes to provide a break for those carers who were looking after their loved ones with dementia.

“I started working as an administrator around that time and from there on I then stepped into the role of coordinator,” Breda told the Leader.

Longford ASI now offers many services such as a home care/ home service, Day Care Service, Support Group and their most recent service, an Alzheimer's Café.

Although partially funded by the HSE, there remains a shortfall in the annual budget for Longford ASI and, as a result, they regularly host many fundraisers throughout the course of the year. It allows them to continue providing services such as the day care centre which currently has a long waiting list.

Some of the fundraisers held in recent times include the ASI’s largest national fundraiser tea day events, church gate collections, quizzes and many more. Others include the ASI’s national fundraising campaign Alzheimer’s Memory Ribbon day, while locals regularly take part in marathons in a bid to raise further funds. For anyone looking to raise funds on behalf of Longford ASI, they are urged to contact the office.

Breda said to the Leader, “Families themselves often send in donations themselves too, and hold fundraising events for us throughout the year.

One vital service and new service offered by the Longford Branch is the aforementioned Alzheimer’s Café, with their sixth offering having taken place on Wednesday evening, June 26.

“We started with the café in January of this year.” Eileen Kilbride, Longford ASI, explained to the Leader.

“The reaction has been very positive so far. People keep coming back.

“It is a great way for them to get the information they need or to pass it on to someone else,” she continued.

Breda Dunne encouraged people to be open about their suffering, to seek help and come along to the next event.

“You are not alone, there is help out there. Other people’s experiences help others starting off on their journey.

“It is targeted at those in the early stages of the illness and It is there to offer them information and support,” she said.

Described as a safe and relaxed place where people can come to talk, the café is not only an evening full of information, but also a social outing for the person with dementia along with any family member. The main aim of the Alzheimer’s Café is to offer information and support to all those in attendance, whether they are suffering with a form of dementia or not.

“It is really a support for everyone,” Eileen said.

The team of the Alzheimer’s Café will be taking a summer break from July 31st and will return by August, however, If you would like any support, advice or information on living with Dementia, you can call the team of Longford ASI on 085-8724475, or on 043-3348402.