Gardaí urge Longford farmers to 'lock up & light up' 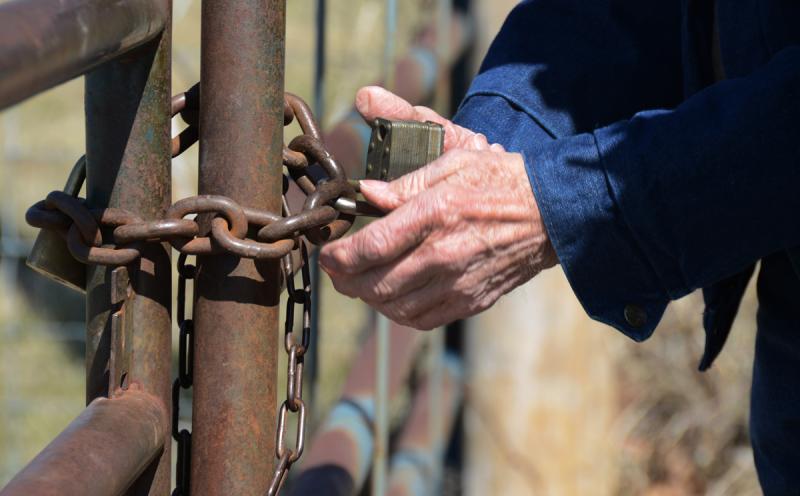 Gardaí are advising Longford farmers to 'lock up and light up' to help prevent farm thefts.

Gardaí have advised Longford farmers to 'lock up and light up' to help prevent farm thefts.

Farm thefts nationally have fallen by 8% in the last year, but Gardaí warn against complacency with €1.4m worth of goods stolen from farms in last year.

ALSO READ: WATCH: Part of one of the most popular Ploughing stands closed as floor breaks

Around 3 in 4 of vans stolen from farms are stolen with the key Gardaí are also advising farmers to lock gates, light up their yards and remove keys from vehicles to help prevent thefts from farms.

While figures from the Garda Analysis Service show that farm thefts nationally fell by 8% from September 2017 to August 2018, Gardaí have warned against complacency with €1.4m worth of goods stolen from farms during that time.

The figures were released as the Gardaí launch their marquee at the National Ploughing Championships 2018. They will be providing crime prevention advice on farm security at the marquee, as well as personal safety and home security advice.

According to the figures, there were approximately 1,100 reported farm theft incidents between September 2017 and August 2018. Incidents in the last 12 months were more likely to occur at night than during the day.

"Although farm thefts have fallen by 8% in the last 12 months, I would caution against complacency,” said Sergeant Graham Kavanagh, Crime Prevention Officer.