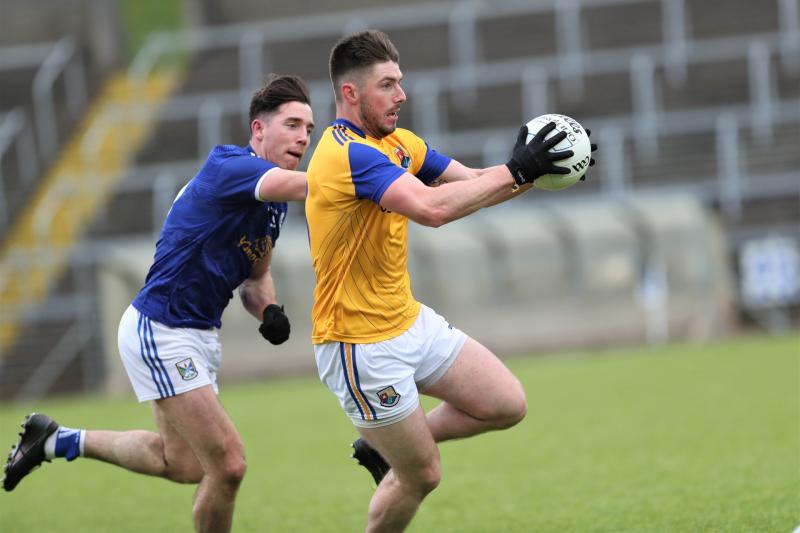 Longford are facing into the Allianz National Football League Division 3 relegation semi-final after falling to a second defeat in a row as a much sharper Cavan side inflicted a six point defeat, 1-19 to 1-13, on them at Kingspan Breffni.

Six days after going down to Derry by 0-5 to 0-21 at home in Glennon Brothers Pearse Park, this was an improved performance from Longford, however, this second successive defeat leaves them in a precarious position in an ultra competitive Allianz National Football League Division 3 North and they can expect nothing soft from Fermanagh in their next assignment.

Mickey Graham’s side were sharper and worked the ball better throughout the game; they were more economical with it.

Longford started brightly. Liam Connerton was fouled in the opening minute and Darren Gallagher pointed over the free. Rian Brady followed up with a fine point. Cavan were level in the ninth minute with points from Gearoid McKiernan and Martin Reilly.

Rian Brady hit over his second of the game in the 11th minute to edge Longford back in front before Cavan got into their stride. Their forward line opened up the Longford defence on a number of occasions. A pointed free from Patrick Lynch levelled the game before Ciaran Brady played the ball to McKieran and he fired past Paddy Collum.

Two points from Oisin Kiernan and one from Caoimhin McGovern gave Cavan a six point lead in the 23rd minute. Iarla O’Sullivan and Joseph Hagan replied for Longford before Kiernan scored his third of the game. Before half-time Longford kicked three points in a row to cut the gap to two. There was just one between them in the fourth minute of stoppage time when Robbie Smyth kicked over an excellent effort but a free from Oisin Pierson gave Cavan a 1-9 to 0-10 lead going in at half-time.

Pierson and Gallagher traded frees in the early stages of the second half before Cavan upped their game again and were four ahead in the 51st minute. Longford made mistakes and just couldn’t get scores when they had possession.

Robbie Smyth hit over a mark in the 54th minute but Cavan fired over three points in a row; two from sub Conor Smith to extend the lead to seven in the 70th minute.

Due to an injury to James Smith there was 10 minutes of stoppage time. Longford were awarded a penalty in the first minute of stoppage time (Cavan's Patrick Lynch received a black card) and with the score at 0-12 to 1-16, Darren Gallagher dispatched the ball beyond Raymond Galligan but there was to be no late comeback from the visitors.

Cavan kept the scoreboard ticking over. Raymond Galligan hit over a free but that was cancelled out by a Barry McKeon mark; that was Longford’s last score of the game.

Cavan sealed the win with late points from Galligan (free) and Conor Smith.

Kellogg launches nationwide competition with prizes worth €40,000 up for grabs for local GAA club

Longford and Tyrone finish all square in thriller