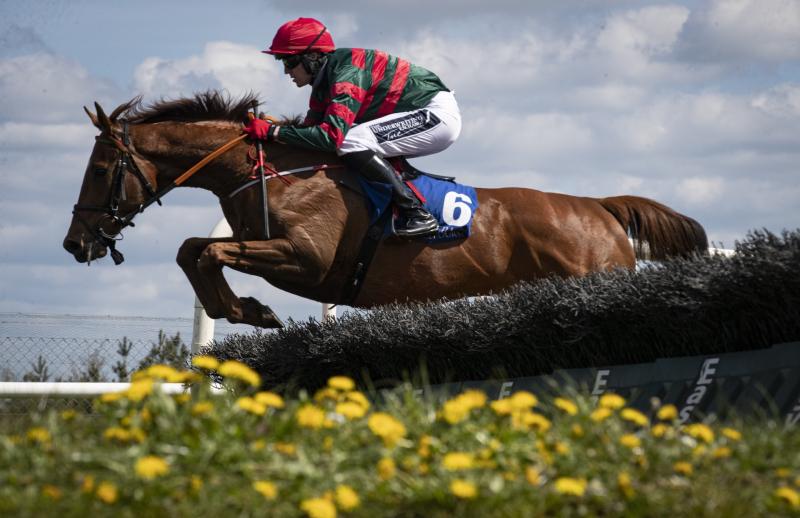 The Paul Flynn-trained Clever Currency made all the running the running under Keith Donoghue to win the opening four-year-old maiden hurdle at Limerick on Thursday.

Sent off at odds of 17/2, he hardly put a foot wrong as he eased to an 11-length win over the Michael Mulvany-trained Buzz Light.

Longford trainer Flynn commented, “Denis O'Regan rode him last time and was meant to ride him today (last Thursday) but he thought another of the runners had a bit better form and rode him instead. I’m glad he got it wrong!

"Clever Currency was very weak and backward last year. His jumping is the key to him, but I think he will also do a job in those 0-65 handicaps on the Flat.

"My sister Rebecca owns him with Dave Dowling and the Force Fifteen Syndicate and I’m glad he has won for them. He’s a grand horse.”

The Tyrrellspass-based trainer got off the mark with Macaban City at Dundalk last November and he was back in the winners’ enclosure as the Le Cheile Partnership-owned 33/1 chance got the better of the Brendan Duke-trained Pride Of Pimlico by a length and a quarter.

Hussey said, “Siobhan’s claim was important today. Maccliff has been dogged by bad draws and to win from that draw (13) today I thought was exceptional. She’s a tough little cookie, toughed it out well, and probably won a bit cosily in the end. When we found her right trip, she started to find her feet.”

Connections have called time on the racing career of Dundalk legend Togoville, the winning-most horse on the all-weather in Ireland with 14 victories to his name. He won for the final time at Dundalk in February and is being retired at 11 years of age by owner Patrick McCann and Shabra Stables-based trainer Anthony McCann.

The latter said, “We gave him a run in an 85-rated race a couple of weeks ago and he found it hard to go with them. The spark seems to be there, but he doesn’t have the legs for it anymore. After discussing it with Patrick we decided that now is the time to allow him to enjoy the retirement he thoroughly deserves.” Togoville gave Pat Smullen his final winner in February 2018. Togoville was also a winner at Laytown and Roscommon.

Longford International College (LIC) was founded to make education as accessible as possible for as many people as possible - whether football stars, retired people or someone who wants to take a second chance at education.